The Twitter silence was nice while it lasted. Trump was uncharacteristically quiet during the Democratic debate last night but came out blazing on Twitter this morning, slamming CNN’s Don Lemon after he asked this question to the panel of candidates:

‘What do you say to those Trump voters who prioritize the economy over the president’s bigotry?’ 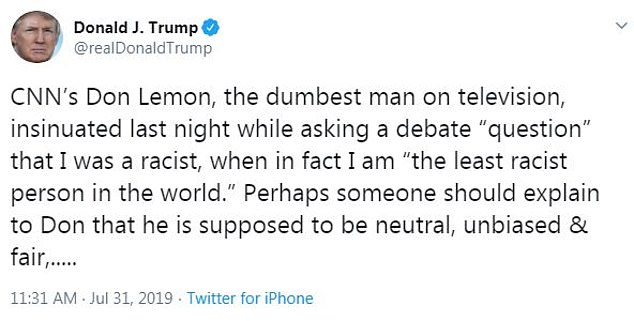 Keep in mind that the President has routinely attacked CNN for what he see’s as unfair coverage, so coming after one of their moderators is really no surprise.

Stay tuned for his reaction to tonight’s Democratic debate.