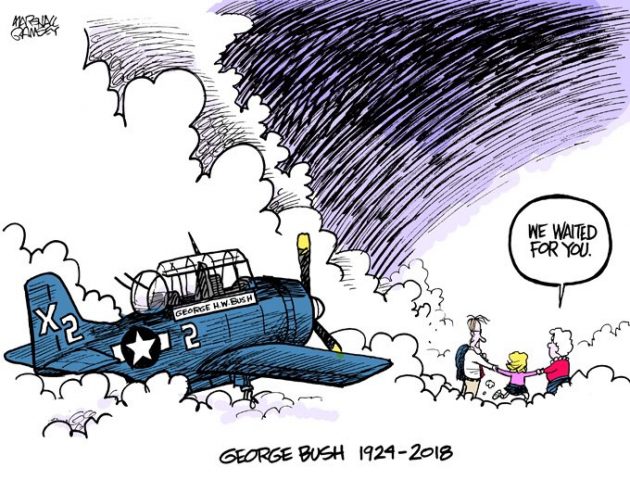 This simple, heartfelt cartoon from the Clarion Ledger cartoonist Marshall Ramsey has captured the emotions of a country as it pictures Bush piloting his World War II airplane into the clouds where his wife Barbara and their daughter Robin, who passed away from leukemia when she was just 3, are standing.

Holding hands, Barbara says simply ‘We waited for you.’paid tribute to the late President George H.W. Bush who died Friday at the age of 94 by reuniting him with his loved ones.