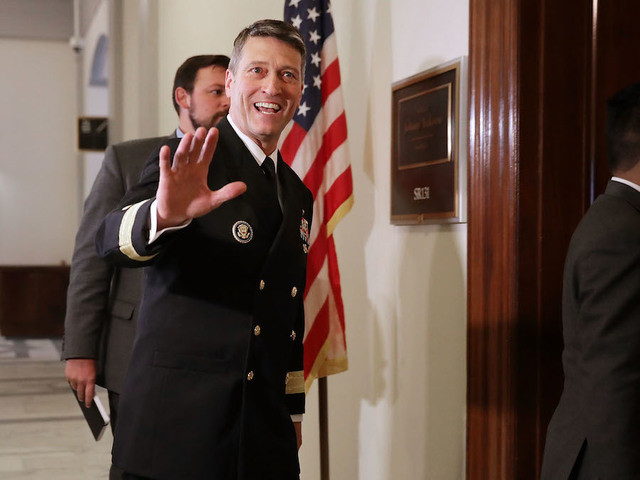 Jackson said he was motivated to withdraw from consideration because the allegations against him “have become a distraction” for Trump and his agenda.

Really? It wasn’t because of the claims that he was abusive to colleagues, handed out prescription pain medications like they were candy, and reportedly once wrecked a government car.

“Unfortunately, because of how Washington works, these false allegations have become a distraction for this President and the important issue we must be addressing — how we give the best care to our nation’s heroes,” Jackson said. “While I will forever be grateful for the trust and confidence President Trump has placed in me by giving me this opportunity, I am regretfully withdrawing my nomination to be Secretary for the Department of Veterans Affairs.”