Stephen Colbert takes on all the conspiracy theories swirling around Jeffrey Epstein. 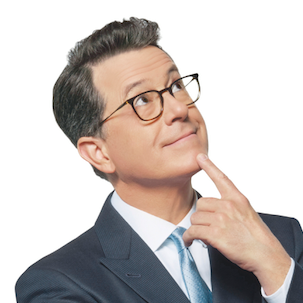 “Over the weekend, sex criminal Jeffrey Epstein was found dead in his New York jail cell,” Stephen Colbert said on Monday’s Late Show. “Now apparently, he — they say, and I guess they would know, though they can’t say how — committed suicide. Which is surprising, because three weeks ago, he was found unconscious with marks on his neck — how the marks got there, authorities did not share with the public — and yet Epstein was left alone and not closely monitored. Now, maybe he was just in one of those prisons that really value inmate privacy. Then again, Epstein knew a lot of powerful and important people. … A who’s who of ‘Who’s Jeffrey Epstein? I’ve never met Jeffrey Epstein!'”