It’s a big beautiful world out there, so go explore it. Embrace the unknown and immerse yourself in culture and diversity — just dive in!

And, if you don’t have a partner or friend to travel with, then so what? Go it alone. There are a ton of pluses to solo travel, like not having to compromise or fit in with somebody else’s schedule and not being coerced into going places or seeing things you have no interest in. But, best of all? You can guarantee that what happens in your vacay stays in your vacay because if you fancy letting your hair down; and your freak flag fly, then there’s no potential tattle-telling or gossip when you return. 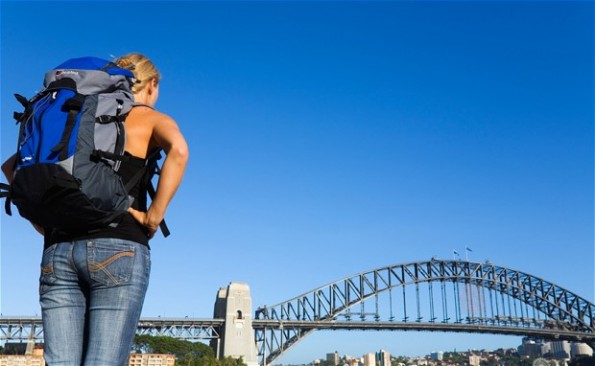 If you feel you’d be too scared to travel alone, or too lonely, or afraid that you’ll look like a Billy No-Mates, then just stop it already. It’s 2021; read our solo women travelers’ tips and then book a goddamn flight.

There’s an old saying amongst news editors: “If it bleeds, it leads.” Nothing sells papers, guarantees clicks, or grips viewers more than a good old gruesome and grizzly murder, abduction, assault, or torture story — especially if it involves a female victim.

Inevitably, the media focuses on female-centric crime stories, providing an imbalanced and unsubstantiated fear narrative for women. Don’t walk home alone! Don’t go to bars alone! Pretty much, don’t do anything outside of your home alone, unless it involves shopping or working.

According to a UN study [via Time magazine], statistically, the most dangerous place for a female, by far, is actually inside her home. The vast majority of violence and assaults against women and girls are committed by somebody they know — a partner, an ex, a co-worker, supposed friend, or family member. Despite what the ludicrously sensationalized media would have you believe, women are way less likely to fall victim to an attack or assault by a random stranger than men are — the news just chooses to focus on the former. 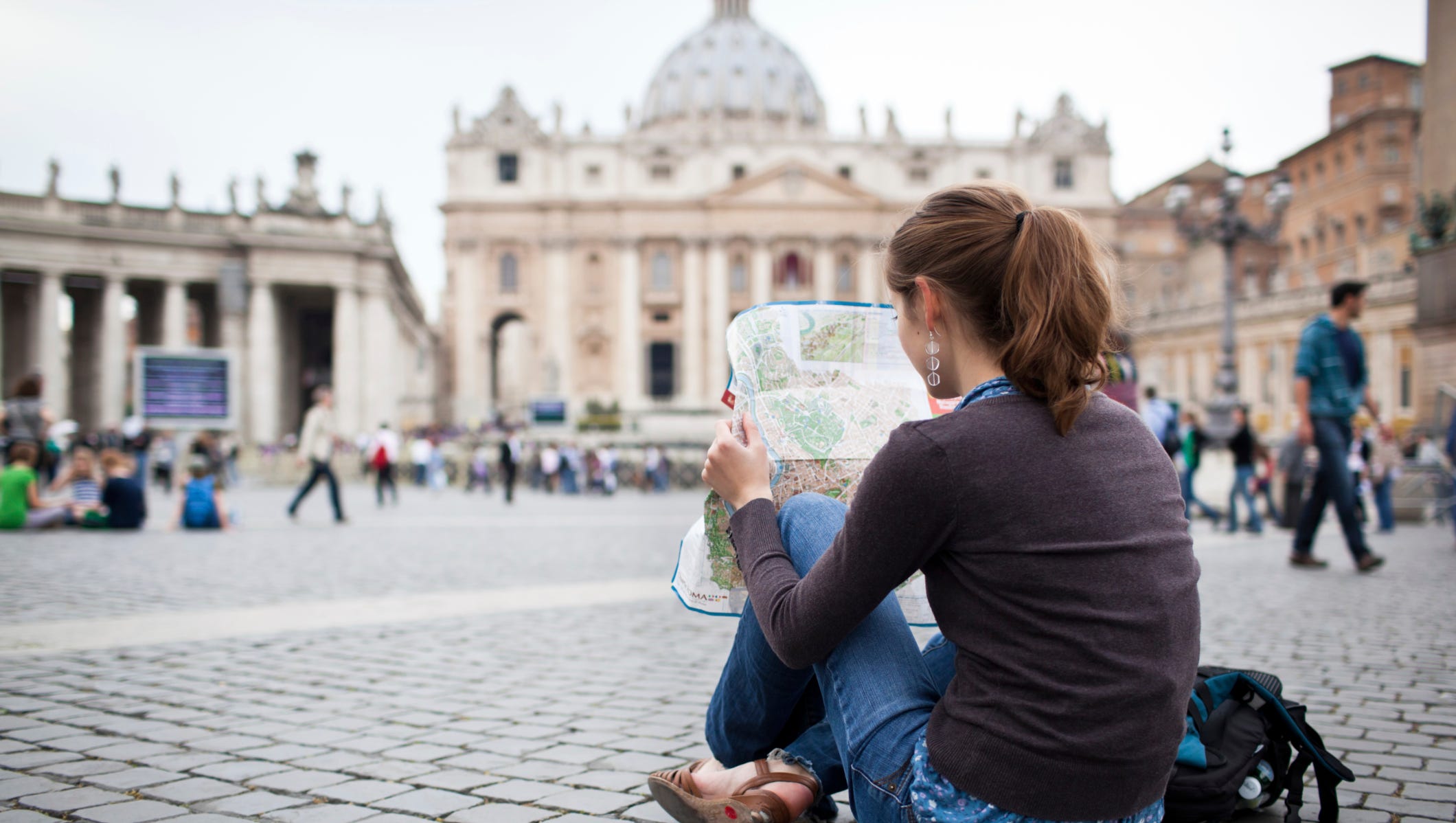 According to a report by the Institute of Health and Welfare [via The Sydney Morning Herald], men are significantly more at risk of falling victim to violent assault, attack, or homicide by a random stranger than women are. One in three men is more likely to be attacked, compared to one in 14 women.

You would never believe that, though, going by what you’re taught growing up, what you’re told, and what you see in the media. “Stranger danger” gendered violence is a socially constructed myth and concept.

So, yeah, leave that fear at home, where it actually belongs.

This applies to all genders and non-binary peeps. Still, it’s usually more relevant to females depending on your travel destination. Respect local customs and cultural differences. 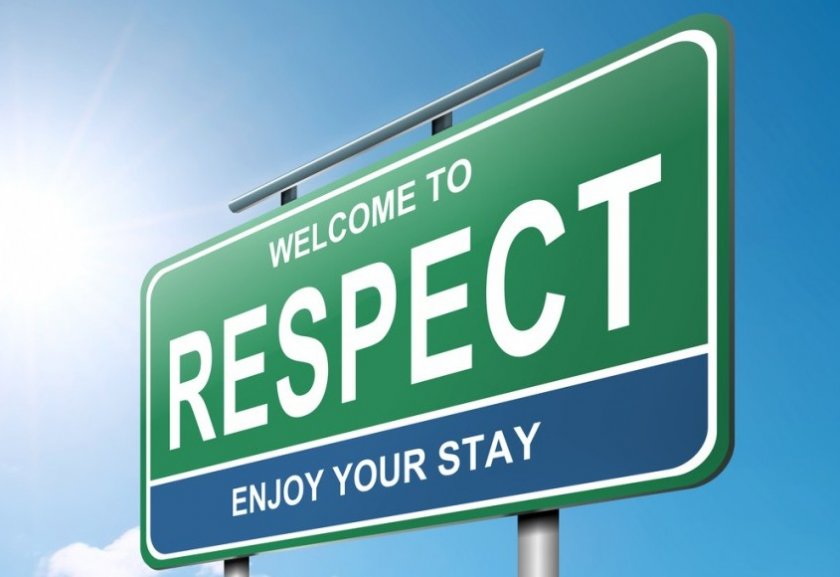 If you’re visiting a temple, a mosque, or a church, or whatever floats your religion appreciating boat, then cover your shoulders and arms, ditch the booty shorts and wear something that covers you to at least the knees. 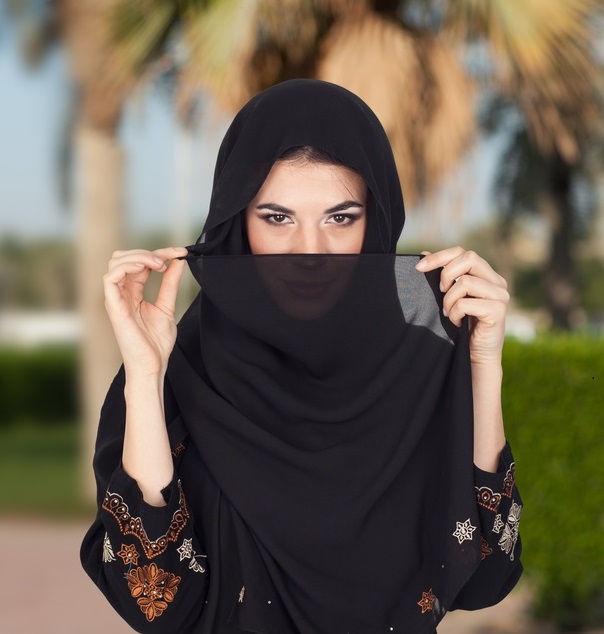 There’s no escaping the fact that you’re going to attract attention as a foreign woman traveling alone on specific continents. Some of that attention may actually be wanted, but going from my past experience, 99.9 % of it won’t

Buy a super, thin, and plain, cheap aluminum or silver wedding band and wear it when you’re out — and definitely not looking for attention. You may still get it, especially in parts of Latin America, but learn the words for “married” and “husband” (cansada y esposo in Spanish.)

Be polite but firm, and then just ignore anybody who’s persistent. Hey, it happens — they’re only human — and you’re gorgeous. Never feel the need to tolerate or to be obliging to anyone you have no interest in.

It’s actually easier than you’d think to make friends when you’re a solo female traveler. Before heading off on your adventures, check out meetup.com –there’s a website and an app you can download. They literally have groups for any and all interests — be they social, sports-related, foodie, or culture and arts. The majority have friends only, no hook-up rules, but some are more flexible, and some groups are age-specific. Depending on where in the world you’re going, you’ll probably find a meet-up group, as they’re global. 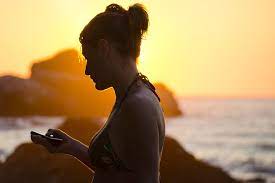 If not, I hate to say this — because Zuckerberg is the devil incarnate — but Facebook is a great resource. I guarantee that unless you’re going to North Korea or Myanmar, etc., there will be a foreigner’s Facebook group for your destination. Many of them still persist in calling them “ex-pat” groups — gross — but, whatever.

Join the group and stay in the loop for any events going on while you’re visiting. Or, write a post explaining you’re going to be there between X and Y. You’re a woman traveling solo, and would anyone (female-only or non-specific, it’s up to you) like to meet up for a coffee or hike or whatever. I guarantee you’ll get at least a few responses; you’ll be surprised how genuinely friendly and open fellow travelers overseas can be. It’s also an excellent resource for asking questions, getting recommendations, or even help and or advice if you run into trouble of any kind.

Oh, and if you’re in the mood for a lil’ something-something, Tinder is worldwide, peeps. Bumble and Badoo are also prevalent throughout the world. 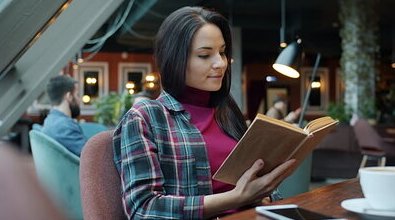 If you don’t fancy any socializing nonsense — platonic or otherwise– and you just want some me, myself, and I time, then pack a couple of paperbacks. Kindle-schmindle. Burying yourself in a physical, page-turning great book is the perfect way to enjoy some uninterrupted time in a restaurant, bar, or cafe wherever you are in the world.