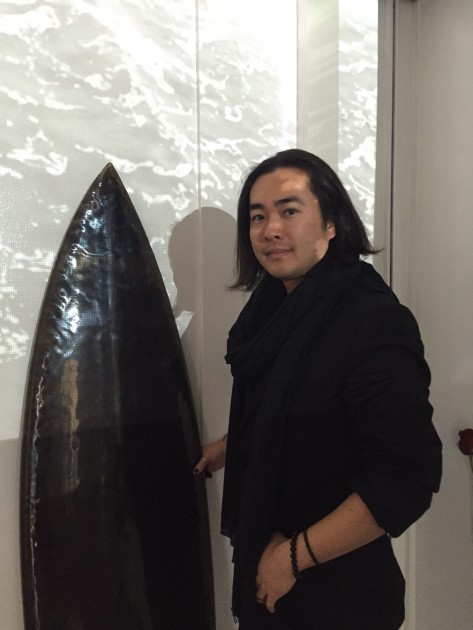 Tomoyuki Iwanami (‘Tomo’)  has just launched what he hopes to be the first boutique and atelier — T BY CONCEPT LAtest — of 6 conceptualized boutiques that he plans to open internationally. Since each boutique will be influenced by its’ locale, his \new gallery/retail space in L.A.’s Fisherman’s Village is all about the Ocean and indeed, the first thing you see upon entering the space is surfboards. But these aren’t your friend’s surfboards, rather pieces of art, with raised resin, snatches of eloquent poems under paint, and other hidden treasures. One board, which appears black, reveals a gold and snake-skin underlaywhen exposed to light (or heat.) What makes them so unique — and ultimately so original — is that he uses traditional Japanese elements such as kinpaku gold leafing, washi paper and sumi ink, mixed with modern art techniques. 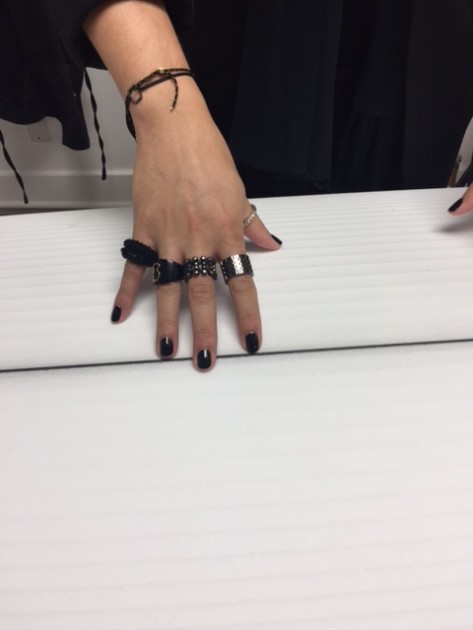 Starting off as a poet, which morphed into music, Tomo then organically turned to fashion as a brand ambassador for over thirty well-known international brands (7 For All Mankind, Cynthia Rowley, Joe’s Jeans.) Now, he hopes to be his own brand, with offerings from art surfboards (starting at 6K)  to framed photos with ink treatments, scented candles, men’s bracelets, scarfs and luxurious scarfs. 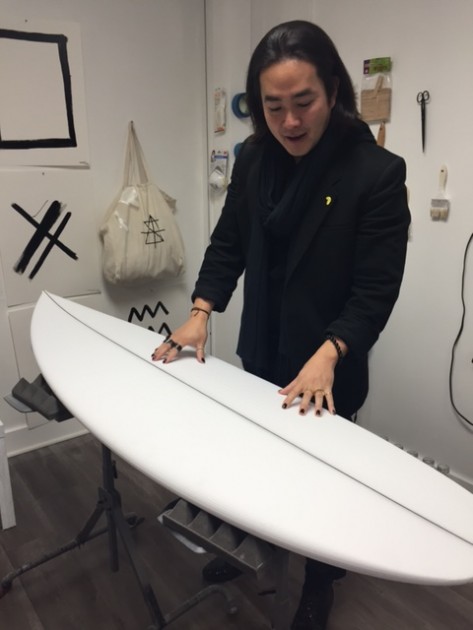 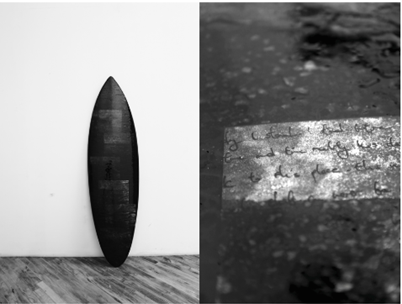