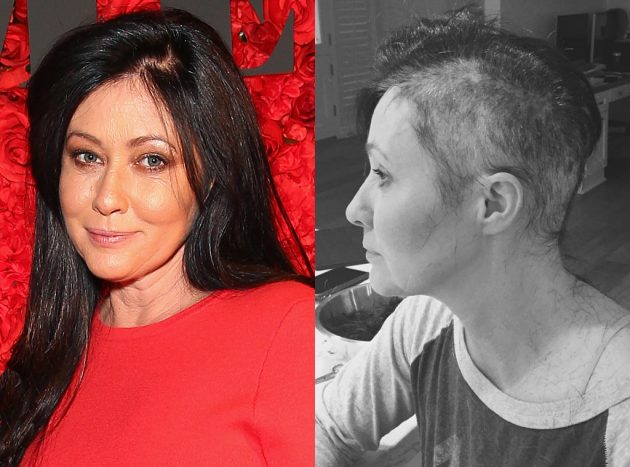 Actress Shannen Doherty, who is battling breast cancer, documented her progress in shaving her head on Instagram, inspiring others who are facing losing their hair because of Cancer treatments. Surrounded by her mother and her friend Anne Kortright-Shilstat, she looks sad in the beginning but breaks into a smile by the last photo of her ‘makeover.’ 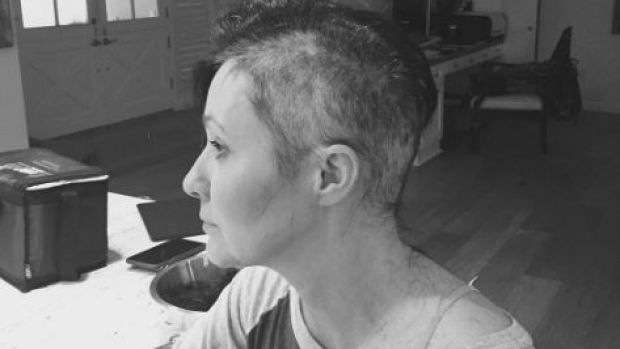 On an episode of Dr. Oz the former Beverly Hills 90210 actress revealed that she planned to have one of two surgery options, including a mastectomy if that’s what her doctors ordered. “Ultimately, they’re just breasts, right?” she said. “I mean, I love them, they’re mine, they’re beautiful, but in the grand scheme of things, I would rather be alive and I would rather grow old with my husband [Kurt Iswarienko].”