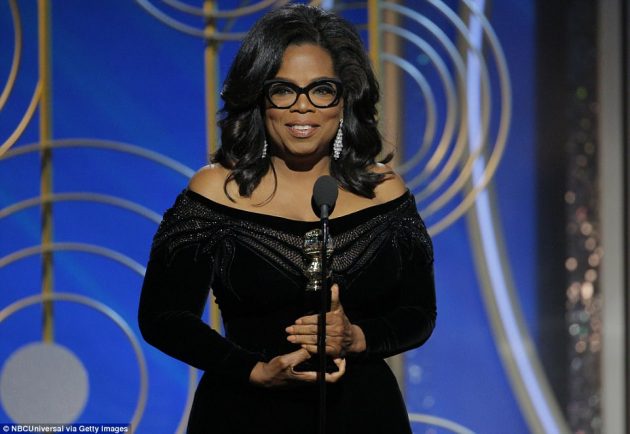 The highlight of this year’s Golden Globes — a night that delivered many rousing speeches and shows of solidarity for the #metoo / #TimesUp movement — was undeniably Oprah Winfrey speech encouraging men and women to work together to ensure no one ever has to utter the words ‘Me Too’ again. It left many of the audience in tears.

Accepting the Cecil B. DeMille Award at Sunday’s Globes ceremony, Oprah said she was honored to be the first black woman to receive the honor and spoke about the emotional moment when she was just a little girl and watched Sidney Poitier win the best actor Academy Award in 1964.

‘It is not lost on me that, at this moment, there is some little girl watching as I become the first black woman to be given the same award,’ Oprah said. ‘It is an honor and it is a privilege to share the evening with all of them.’ 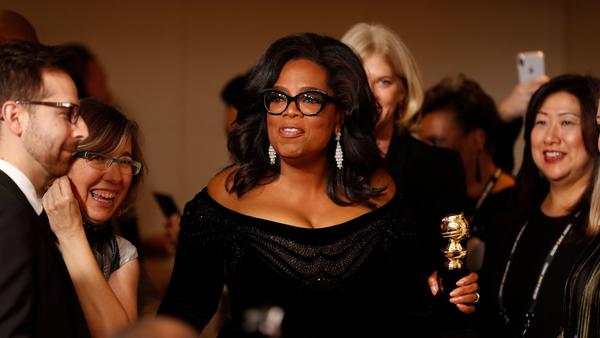 ‘I want all the girls watching here to know that a new day is on the horizon. When that new day finally dawns, it will be because of a lot of magnificent women, many of whom are right here in this room tonight, and some pretty phenomenal men, fighting hard to make sure that they become the leaders who take us to the time when nobody ever has to say ‘Me too’ again.’