At the dueling town halls last night, a visibly frustrated moderator, Savannah Guthrie, tried to get Trump to denounce the Satanic anti-pedophile QAnon group which has been labeled a potential domestic terrorist threat by law enforcement after he re-tweeted a controversial tweet. And when asked about his baseless conspiracy theory that Osama bin Laden is still alive, Trump protested he just  ‘just re-tweeted’ and Guthrie snapped:

‘You’re not someone’s crazy uncle who can just retweet whatever.’

Far from her persona as a cheery host on the Today Show, Guthrie fact-checked Trump at every turn, didn’t let him ramble, and used her past prosecutor skills to great effect.

She is receiving kudos for her work today while the Trump camp complains she was too hard on the President. 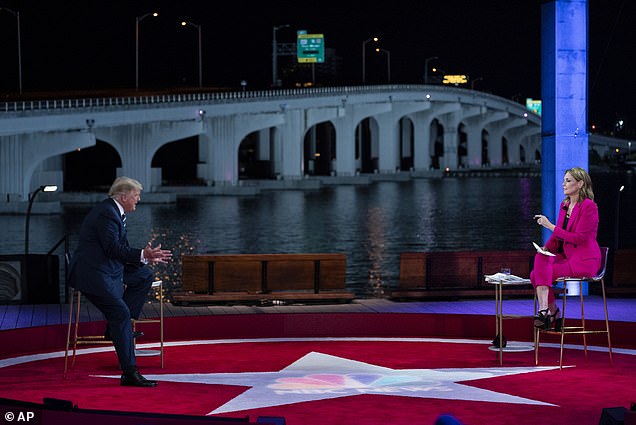