With current science advising everyone to get a booster shot of whatever vaccine they got the first time, the one-shot Johnson & Johnson had not updated its recommendation …until today.

On Wednesday they advised that a second dose of its vaccine generates a strong immune system response. 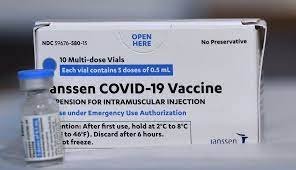 Officials say they plan to submit data to the FDA and hope to roll out extra doses in September alongside Pfizer and Moderna.

Go get your booster!