To no ones surprise, Trump continues to reject his defeat in the Presidential election, even after George W. Bush issued a message telling him the election’s outcome was ‘clear’ and that it was held with ‘fairness and integrity’ and Chris Christie, up till now one of the president’s most outspoken allies, said it was time for him(Trump) to show evidence or ‘move on.’

‘I just talked to the President-elect of the United States, Joe Biden,’ said George W. Bush in a  statement.

‘Though we have political differences, I know Joe Biden to be a good man, who has won his opportunity to lead and unify our country’ the former President added, in a thinly veiled criticism of Trump.

Golfing again on Sunday, the lame-duck President blasted the press — a favorite target — tweeting that the ‘Lamestream media ‘ does not get to ‘call who our next President will be!’

And the Chief-in-denial again made false claims about voter fraud as he fired off lawsuit after lawsuit.

On Sunday morning he tweeted again that the election had been ‘stolen.’

Meanwhile, Biden’s transition team has kicked into high gear and Biden is expected to appoint some of his cabinet members, plus the members of the COVID task group. 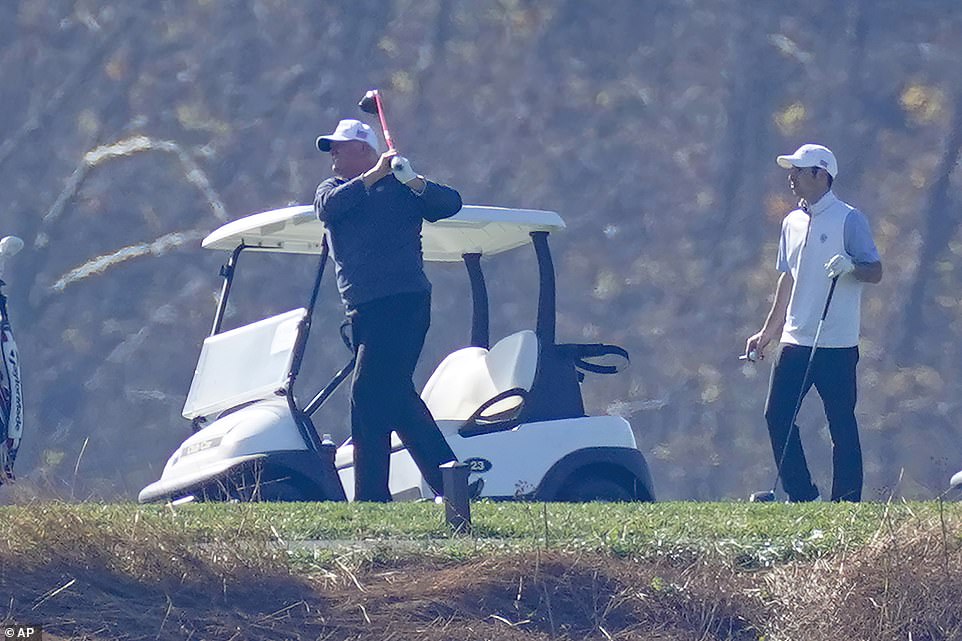