Minutes after Amazon’s Jeff Bezos landed back on earth after his Blue Origin space flight, he donated 100 million to chef  Jose Andres, founder of  World Central Kitchen which provides meals after national disasters, and another 100M to CNN contributor Van Jones, the founder of Dream Corps, which is a nonprofit for criminal justice reform.

An emotional Van Jones spoke eloquently about what the money meant to Dream Corps.

‘Sometimes dreams come true’ and that ‘the headlines around the world should be anything is possible if you believe’.

He went on to add that Bezos had ‘the ceiling off of people’s dreams of humanity’.

‘That’s an important thing. Don’t be mad about it. When you see somebody reaching for the heavens, be glad, because a lot more heaven is up there to reach for. And we can do that together,’ Jones said. 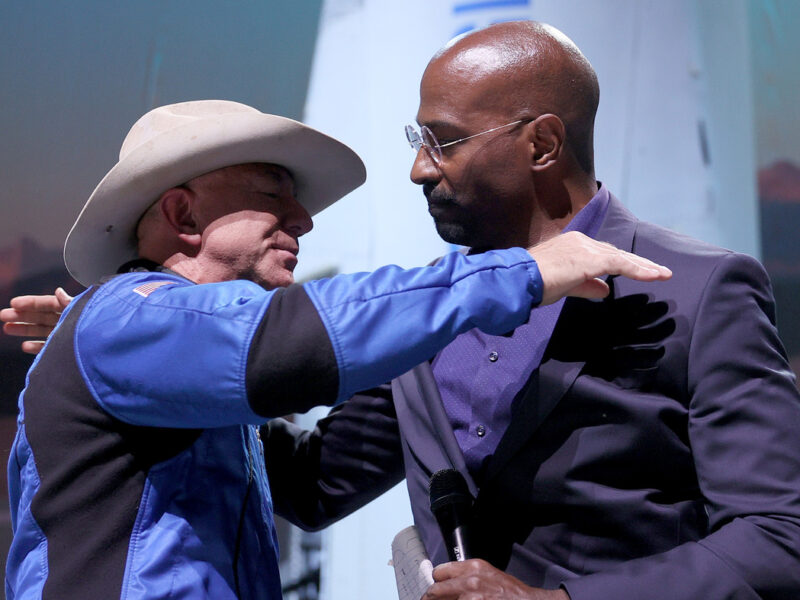