President Biden hosted the Tampa Bay Buccaneers — winners of Superbowl 2021 — to the White House Tuesday but it was QB Tom Brady who stole the show.

A grinning Biden responded: ‘I understand that.’ 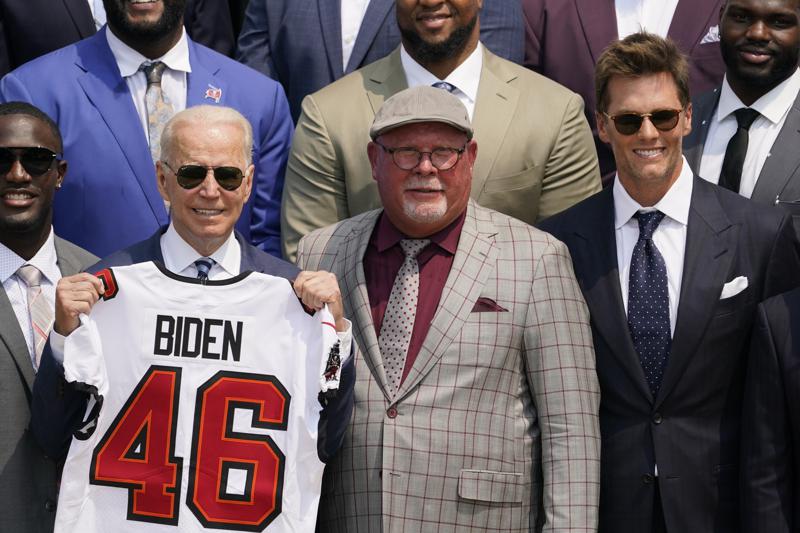 Continuing the jocular tone of the event, the president turned to Brady and to Buccaneers coach Bruce Arians, saying:

‘You know a lot has been made about the fact that we have the oldest coach ever to win the Super Bowl and the oldest quarterback to win the Super Bowl. Well I’ll tell you right now, you won’t hear any jokes about that from me,’ the 78-year-old president said. ‘As far as I’m concerned there’s nothing wrong with being the oldest guy to make it to the mountaintop.’

Addressing Brady, Biden said it looked like he had ’20 more years left.’