Search
Home
Latest News
After a horrified crew member found a noose in Bubba Wallace’s garage at the race track, his fellow race car drivers responded with a moving act of solidarity. At Monday’s race, drivers pushed Bubba Wallace’s car to the front of the field and stood silently with NASCAR’s only black driver. Wallace broke down in tears. 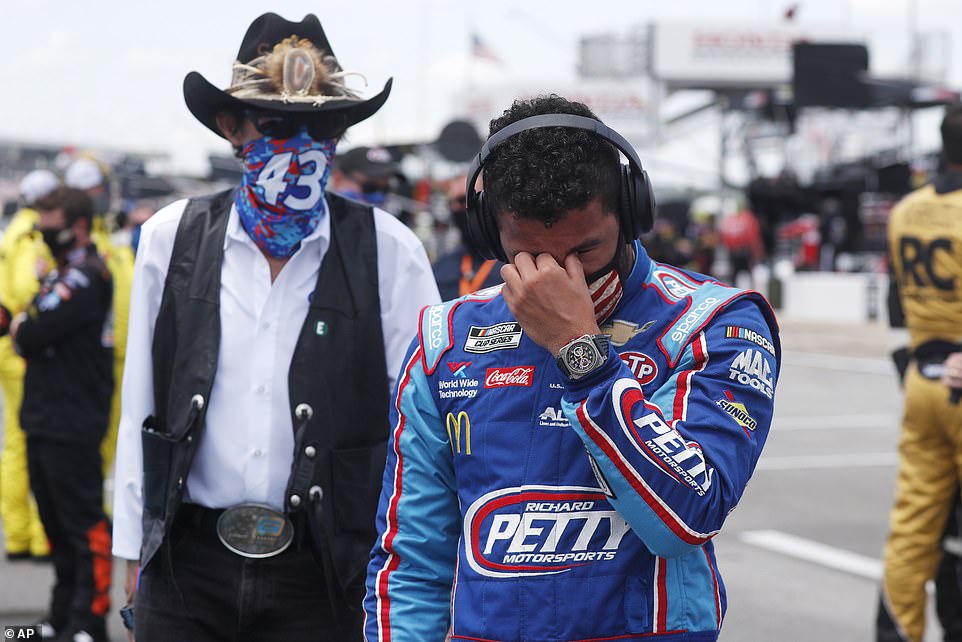 Wallace, who had recently faced backlash from some fans for successfully pushing NASCAR to ban the Confederate Flags.
Both NASCAR and the FBI are investigating the incident. 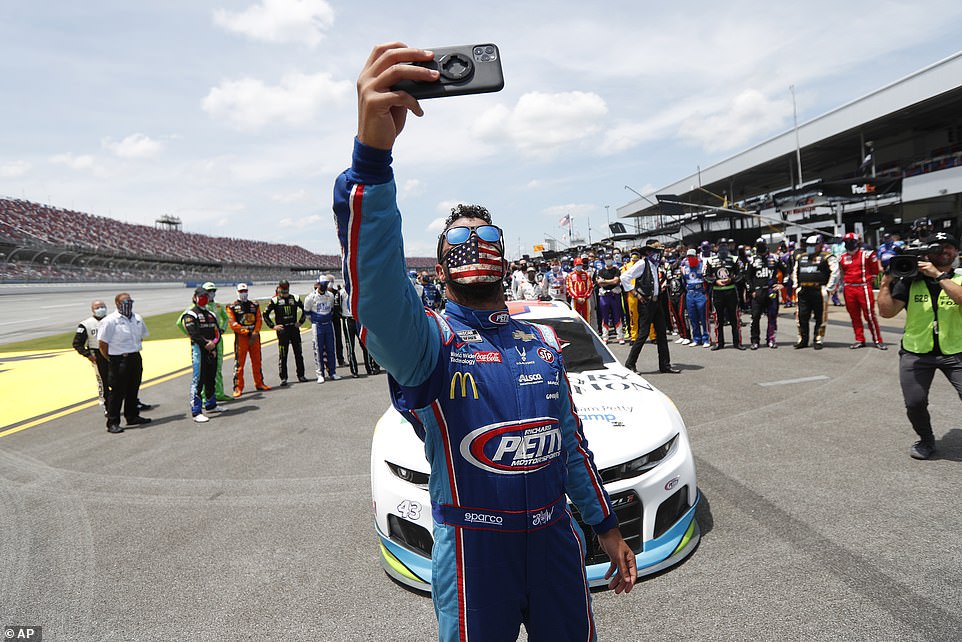 Driver Bubba Wallace takes a selfie with himself and other drivers that pushed his car to the front in the pits of the Talladega Superspeedway before the start of a NASCAR Cup Series race.