The Category 4 monster named Laura made landfall at 1 am, smashing into southwestern Louisiana with warnings that the storm could  tear up buildings, cause havoc up to 200 miles inland, and create an ‘unsurvivable storm surge.’

While thousands of people along the Gulf Coast evacuated some people chose to say and authorities warn that help may be delayed as tidal waves prevent emergency responders from reaching certain areas. 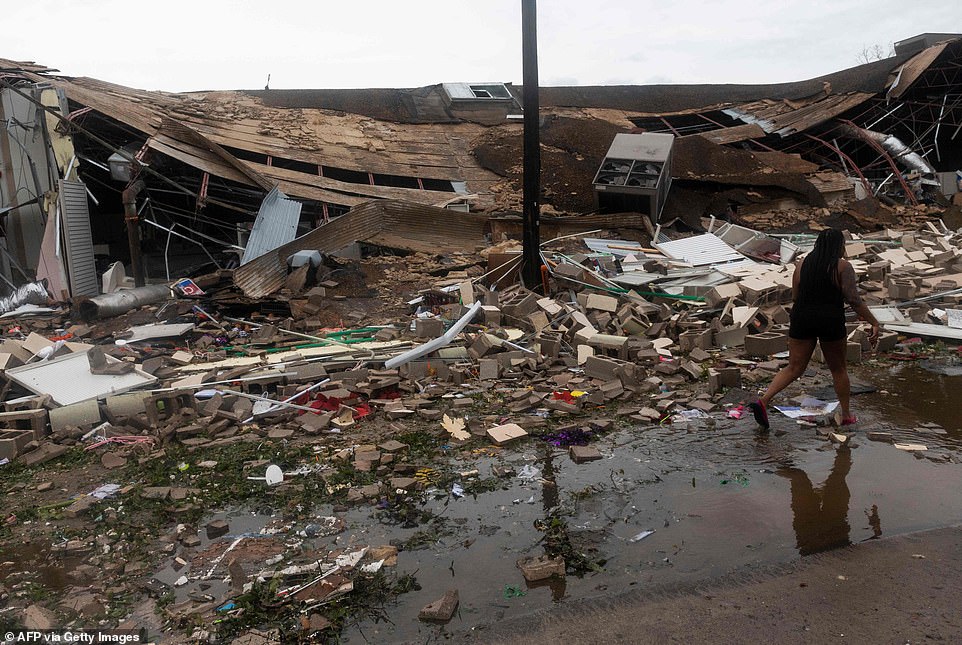 The quaint downtown Lake Charles, La. is nearly destroyed with roofs peeled off buildings and debris thrown miles from the hurricane.

As of this morning, the storm has been downgraded to a Category 2 hurricane Thursday morning as it heads northward, but it still had sustained winds of more than 100 mph. Couple with the massive rain, it is leaving devastation in his path.

The only fatality so far is the death of a 14-year-old girl who was killed when a tree fell on her home, but a spokesperson said ‘We do expect that there could be more fatalities.’