After former President Trump called the Senate GOP leader Mitch McConnell an ‘unsmiling political hack’ (among other insults) McConnell has reportedly brushed off his comments and has no plans to ‘dignify Trump with a response.’

As you’ll remember, Trump accused McConnell of ‘destroying the GOP’ and called for him to be removed as leader by the party’s senators.

A refresher: ‘Former President Trump’s actions preceding the riot were a disgraceful dereliction of duty,’ McConnell said on the Senate floor, which led to Trump lobbing personal attacks at him. 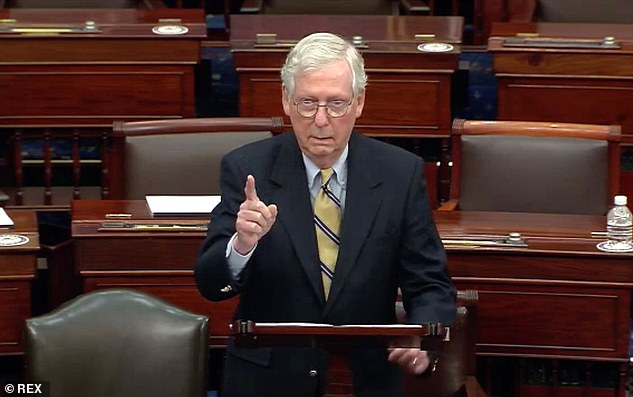