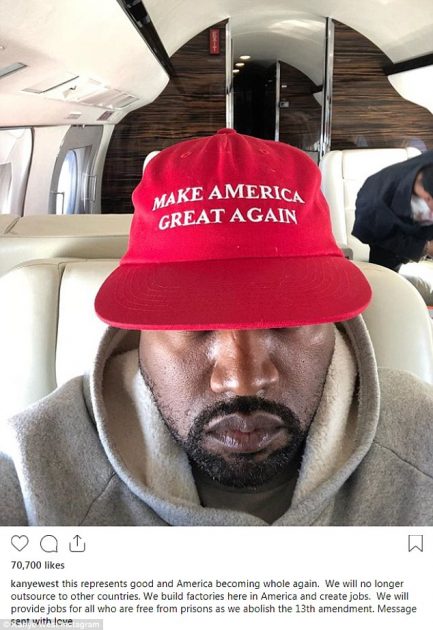 Kayne West had a busy weekend. First, the rapper performed on SNL while wearing one of Trump’s fire-engine red ‘Make America Great Again’ hats, going off live with a speech about politics and urging support for Donald Trump.

‘So many times I talk to a white person about this and they say, ‘How could you like Trump? He’s racist,” he said, according to footage posted on Instagram by comedian Chris Rock.

‘Well, if I was concerned about racism, I would have moved out of America a long time ago.’

That was met with booing from the audience. If that wasn’t enough, Ye insisted that the 13th Amendment — which abolished slavery — be abolished.

Alongside a selfie of himself wearing a Make America Great Again cap, Kanye wrote: ‘We will provide jobs for all who are free from prisons as we abolish the 13th amendment.’

He later added: ‘The 13th Amendment is slavery in disguise meaning it never ended. We are the solution that heals.’ 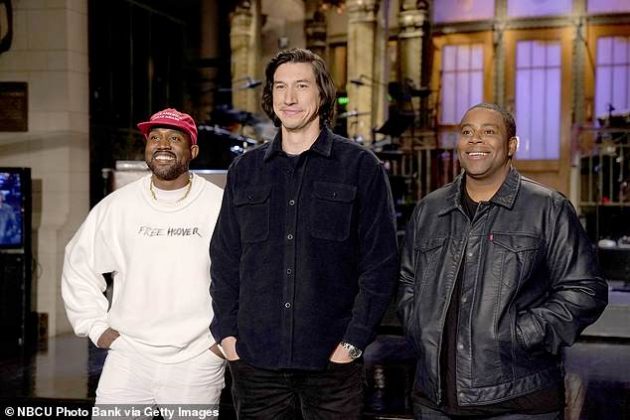