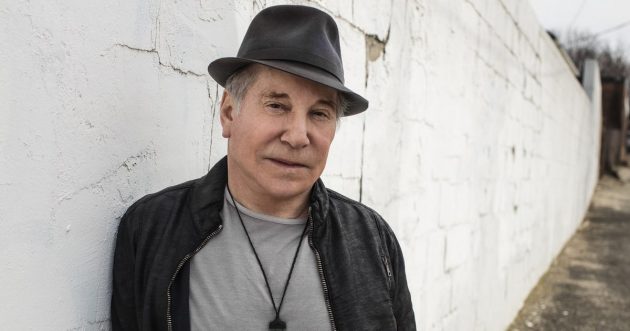 First, Neil Diamond announced he was retiring from the road, then Elton John revealed that he’s also saying goodbye — with a three-year world tour. Now, singer/songwriter Paul Simon writes that his upcoming tour will be his last.

“I’ve often wondered what it would feel like to reach the point where I’d consider bringing my performing career to a natural end,” he wrote in a message posted online.

Now I know: it feels a little unsettling, a touch of exhilarating, and something of a relief,” he continued. Simon, 76, explained his decision, saying that touring takes away from time spent with his wife and family. This “detracts from the joy of playing,” he wrote. 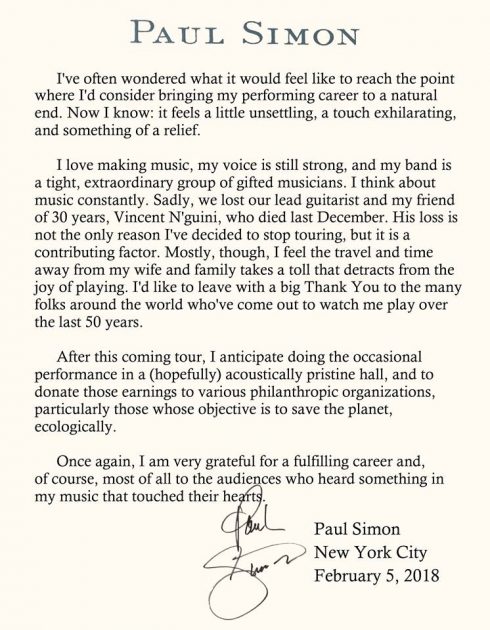 But that doesn’t mean you’ll never get to see him play — the singer said he plans to ‘play live occasionally ‘ and will “donate those earnings to various philanthropic organizations, particularly those whose objective is to save the planet, ecologically.”
His “Homeward Bound — The Farewell Tour” tour kicks off May 16 in Vancouver and wraps up July 15 at the Hyde Park BST Festival in London. Catch him while you can.