In an extraordinary move, former Defense Secretary James Mattis on Wednesday criticized Trump’s handling of the protestors, writing that he is ‘the first president in my lifetime who does not try to unite the American people – does not even pretend to try.’

Now the Chairman of The Joint Chiefs Mark Milley had also slammed Trump, telling troops to   ‘uphold the Constitution’ as the president threatened to call in the military to defend Washington D.C. against George Floyd protestors.

‘We all committed our lives to the idea that is America’ after he defended protesters’ right to assemble,’ adding that the National Guard was not under federal control’, no matter what Trump may think.

Both Mattis and Milley criticized the President for clearing out the peaceful protestors with tear gas and rubber bullets for Trump’s photo opp at the church.

Rarely do high-level military rebuke the President, who is their ‘Commander In Chief.’

Expect more active and retired military to warn against Trump’s plan to militarize the armed forces for use against peaceful protests. 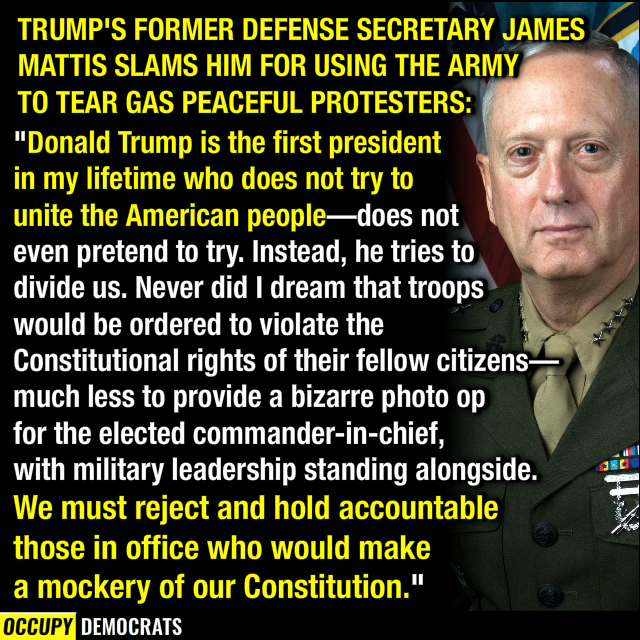