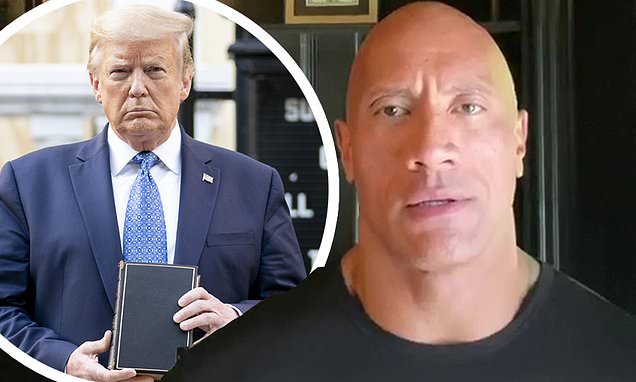 After a moment of silence, The Rock asks the camera, ‘Where are you? Where is our leader?

He also criticized the president’s use of military force on peaceful protestors:

“There is military force that has been deployed on our own people. Looters, yes. Criminals, absolutely. But on protesters, who are begging and pleading, our protesters who are in pain? You know, you would be surprised how people in pain would respond when you say to them, ‘I care about you.’ When you say to them, ‘I’m listening to you.’”