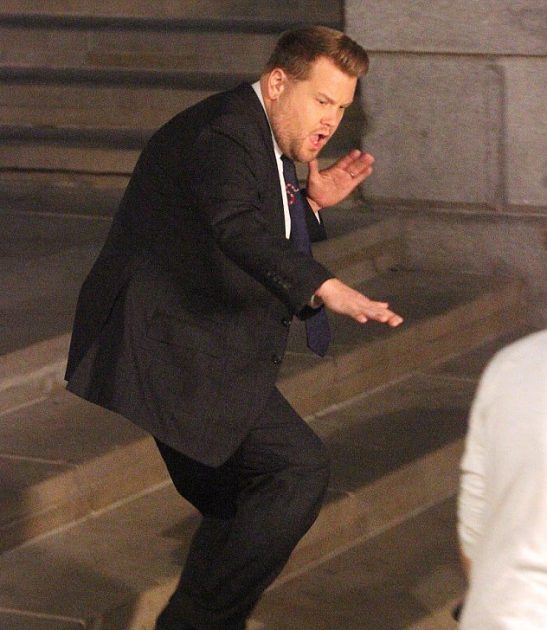 The Late Late Show host James Corden flew to London to tape three episodes of his US talk show so as to show solidarity with his hometown and cheer Londoners with a dance sequence filmed on Westminster Bridge.

Some of the shows are being filmed at Westminster’s Central Hall, around 18 miles from where the TV host was born.

After the new attacks this past weekend, changes are quickly being made before the show airs.

Speaking after the latest terror attack at London Bridge and Borough Market, Corden told the Hollywood Reporter: ‘In one sense, of course, it’s a sad time to be here, but in another sense, actually maybe bringing a show that airs I think in 153 countries to London for three nights…is a wonderful time to be doing it.’

He added: ‘What we’re doing is in flux right now, but we had an opening that we’d been working on for a while and we’d shot probably 75 percent of it, but we agreed that we don’t think it feels tonally right after the weekend to start the show like that.’ 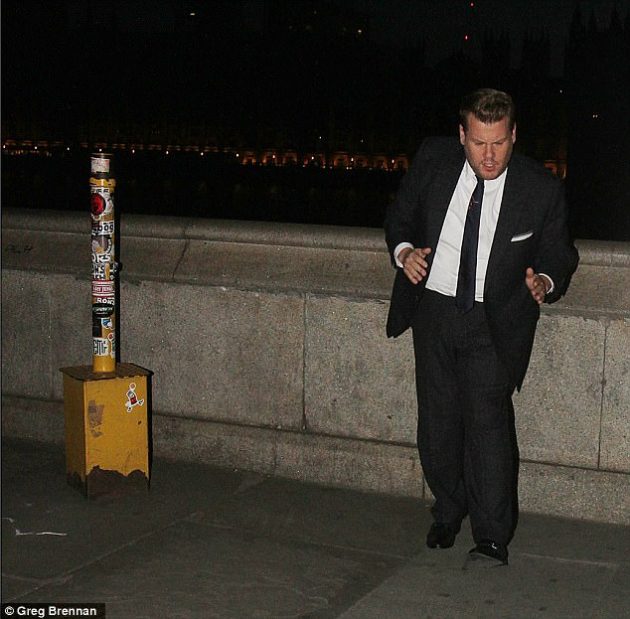