At times, the pandemic Golden Globes resembled a long, boring zoom call. Who is that in the left top box? Who’s is oblivious and looking down at their phone? Un-mute yourself! Don’t speak over each other, hosts! Someone fix the audio!

While co-hosts Tina Fey and Amy Poehler usually are magic, they too seemed to feel the distance of working from different coasts in a split-screen while working hard to seem connected onstage.

People turn into the GG for the party — so many celebs getting drunk in one room — but with celebs at home because of the pandemic, you wonder why they felt the need to have the awards show at all.

Hanging over the entire night was the recent revelation that the Hollywood Foreign Press Association (all 87of them) has no black members and that — surprise surprise — there’s so much wheeling and dealing behind the scenes that we’ll never know if someone won because they had the votes or HFPA was treated to a fancy trip to France on the studio’s dime. (Cough, cough …’ Emily In Paris.’) 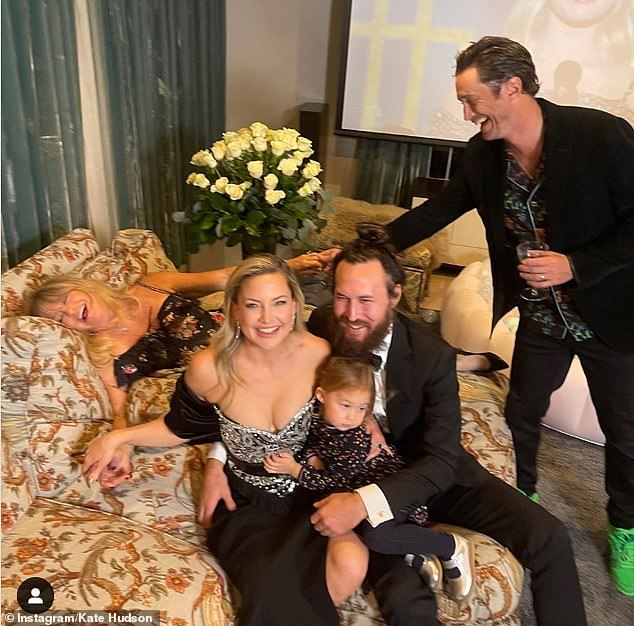 Kate Hudson at home with the family.

Without the red carpet, some stars still dressed up in ballgowns at home, while others such as Jason Sudeikis appeared in a tie-dye well-worn sweatshirt. And, fittingly, Jodie Foster and her wife of seven years, Alexandra Hedison, choose PJs which is what we’re all wearing these days. She won best-supporting actress winner for “The Mauritanian.” 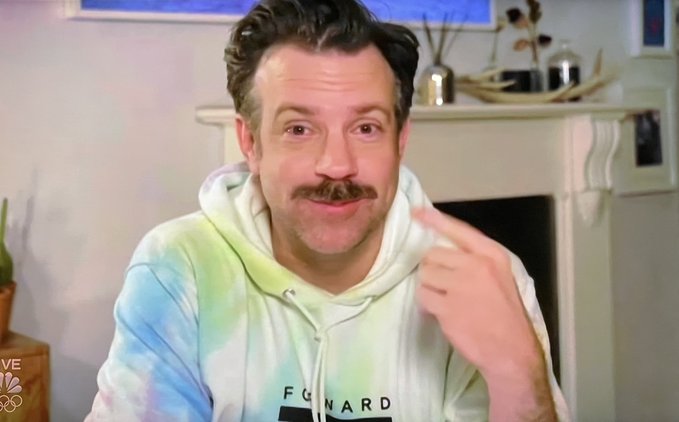 Some of us stuck around just to see the celebs homes, such as Kate Hudson popping up with almost the entire family, others showing off their dogs and cats (awwww) and we all loved when the kiddies jumped in the frame to hug their Mom or Dad. When Mark Ruffalo was announced as the winner in the best actor in a miniseries or TV movie for his role starring as twins in ‘I Know This Much Is True’  two of his children jumped for joy in the background. Those were the best moments. 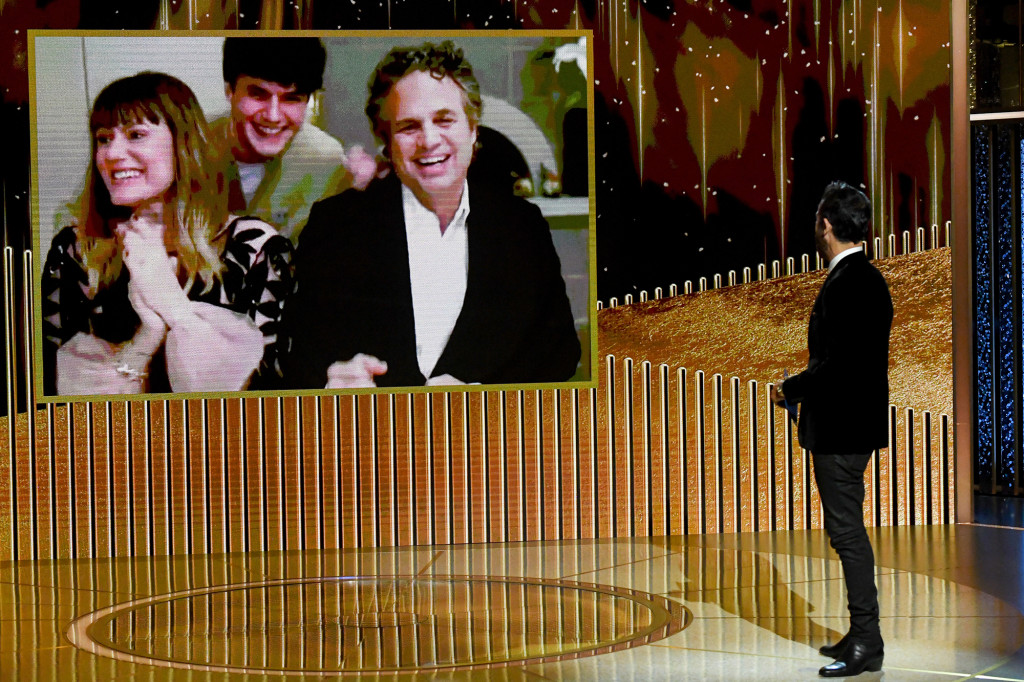 This does not bode well for the Oscars, does it?