On her talk show host Ellen DeGeneres revealed to Brad Pitt that they had dated the same woman.

‘We met – do you remember where me met?” Ellen, 61, asked Brad, 55, who responded, ‘I remember a Melissa Etheridge pool party, where I think you were hitting on my girlfriend.’

The talk show host asked Pitt, ‘Was I hitting on your girlfriend really?’ to which he replied, ‘I think so – I was flattered!’

Who was it? Will we ever know? 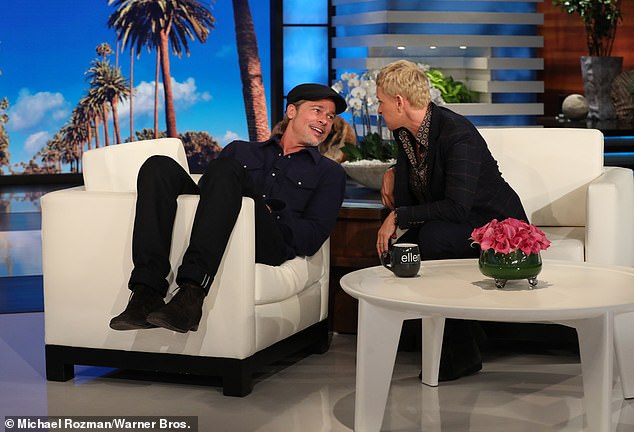