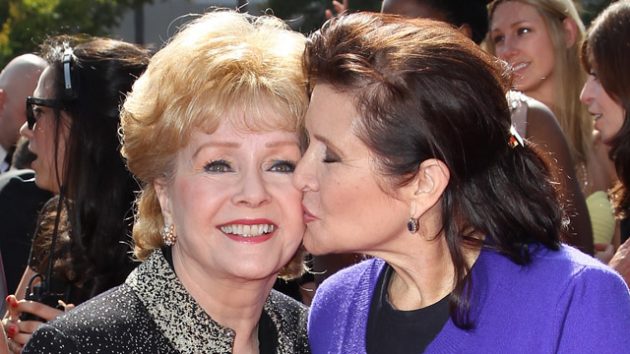 As previously reported, Carrie Fisher died of a massive heart attack and only a day later, her famous mother Debbie Reynolds also suffered a stroke and died at the hospital at the age of 84.

After and often times contentious relationship, mother and daughter reconciled. In an interview with Oprah Winfrey in 2011, Reynolds said ; “I would say that Carrie and I have finally found happiness. I admire her strength in survival. I admire that she is alive, that she has chosen to make it,” Reynolds said, referring to Fisher’s past drug use. “I always feel as a mother does, that I protect her. Who will do that when I’m gone?”

Tragically, Reynolds’ last words about her daughter were  “I miss her so much,” she said. “I want to be with Carrie.”