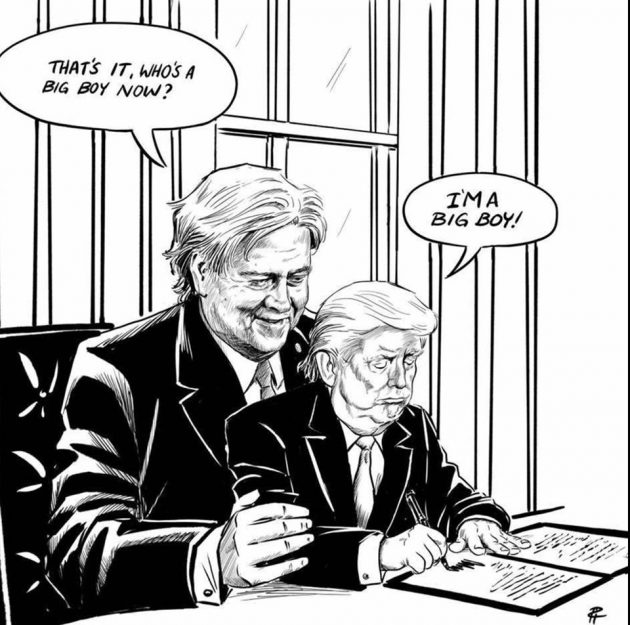 Over the weekend, Steve Bannon became even more powerful as an executive order by Trump made him equal in power to the members of the remaining National Security Council. Now people are saying that all the executive orders, in fact, all of the strategy behind Trump’s moves last week, are actually Bannon’s plans.