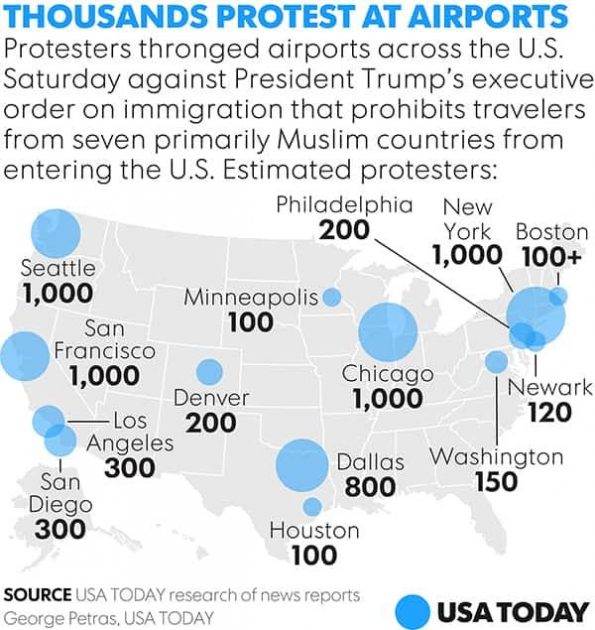 When President Trump’s immigration policies became public knowledge last week, reaction was swift. Emergency protests sprung up around the country over the weekend at the most obvious of places — major airports, where immigrants were in limbo since the law was enforced. Even with the ACLU stay on Saturday night, protests continued as most knew it was just a temporary fix for the executive order, which temporarily bars entry to the United States from seven Muslim-majority countries. It also bans all refugee admissions for the next 120 days.

At L.A.X. the mood was upbeat, cheering new protestors as they arrived. Airport police were cautiously friendly, under a directive not to arrest anyone unless absolutely necessary, but the protests continued peacefully even as the numbers grew.

Lawyers – some just out of law school – came out to help with legal entanglements, though while we were at LAX, no immigrants had been allowed to talk to legal counsel. Many still sadly remain in limbo. 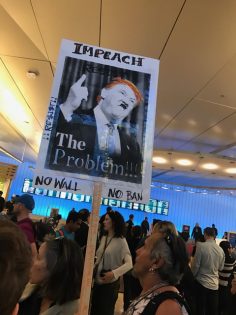 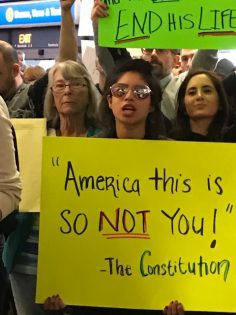 As protesters chanted: No hate, no fear, immigrants are welcome here,’ ‘This is what democracy looks like’ and ‘Love Trumps Hate,’ travelers raised their fists in solidarity and cheered with the crowd. By the end of the night, there was not one arrest in the country, much like the peaceful Women’s Marches, that seem to have kicked off a wave of resistance to Trump’s policies. 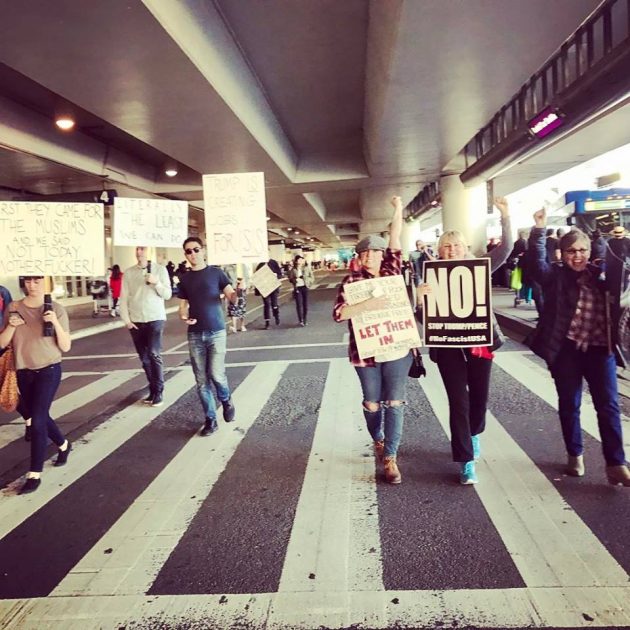