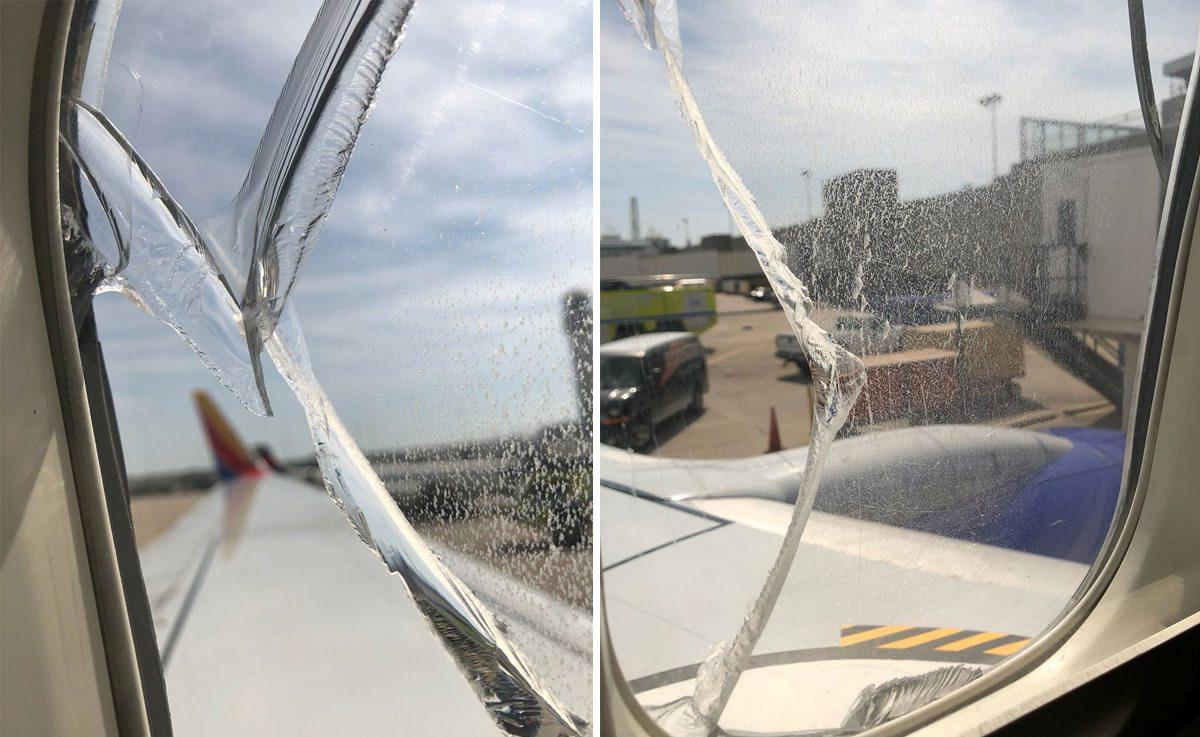 A Southwest Airlines flight was forced to make an emergency landing in Cleveland Wednesday after a window cracked.

According to passengers, the cracked window, located at an emergency exit, shattered about 20 minutes into the flight.

“Everyone in that row ran to the back of the plane,” the passenger, who was seated several rows behind the window.”Some people started crying hysterically. The crew was very calm and professional.”

Southwest issued a statement saying that the plane’s flight crew “made the decision to divert the plane to Cleveland for maintenance review of one of the multiple layers of a window pane.”

“The flight landed uneventfully in Cleveland,” the statement read.

An airline spokesperson said that the aircraft has since been taken out of service for a maintenance review. Uh, no kidding!