Hours before a vote is due on a bill to codify abortion rights, the White House called on Congress to pass the legislation with  “the utmost urgency.”

“The urgency to protect women’s health, their fundamental right to control their reproductive choices, and the freedom of all people to build their own future has never been greater,” the White House Office of Management and Budget said in a statement Wednesday morning. 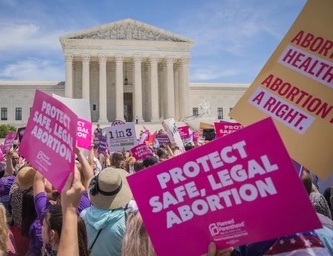 It is evident that the constitutional rights protected for nearly 50 years are now in severe jeopardy,” the statement read. “It is imperative for Congress to act to adopt statutory protections for women’s access to essential health care services and reproductive choice, regardless of where

The bad news is that the Democratic senators do not have the votes needed to advance the bill, known as the “Women’s Health Protection Act”, since it’s doubtful that Republicans will vote ‘yea.’

What it does do is reveal where the Senators stand on the issue.