Bogotá still suffers from a bad rep, but the days of city bombings, street shoot-outs, rampant crime, chaos, and kidnappings are a thing of the past, thanks to a historic peace agreement between the Colombian government and the FARC, in addition to increased security in all of the major cities.

The worst thing about the Colombian capital nowadays is the appalling traffic, and it truly is appalling—think LA’s 405 during rush hour, pretty much 24-7. Luckily, however, despite being a sprawling metropolis, much of Bogotá is a walking city and the building of a sparkling new metro system with the capacity for 72,000 passengers an hour is finally underway (it’s only been 77-years in the planning—but, hey, hora Colombiana peeps).

There’s literally something to suit any traveler’s tastes—here’s our guide to  (some of the many) Bogotá must-sees and dos. 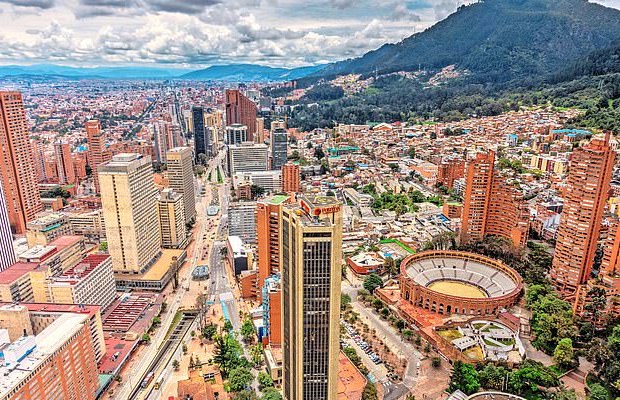 Downtown—no finer place for sure 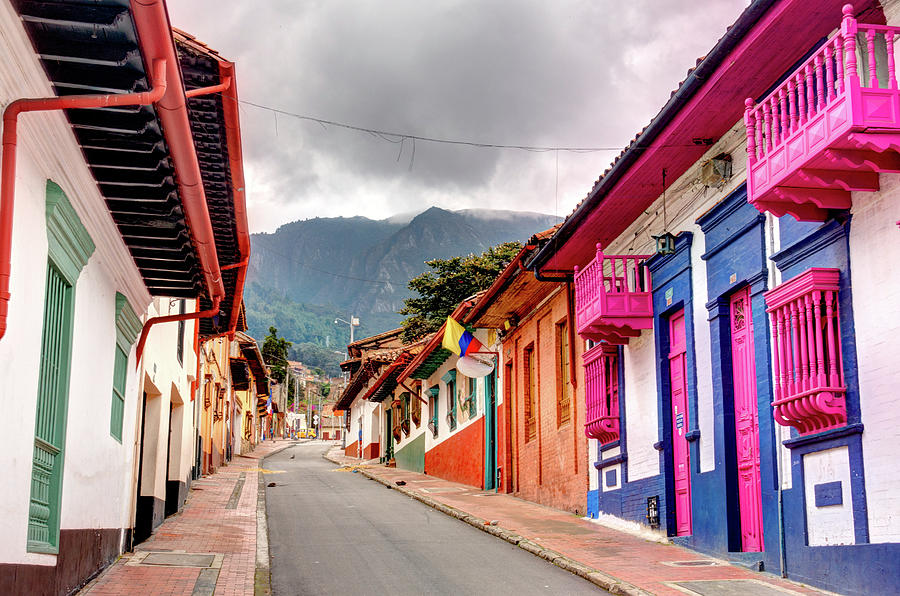 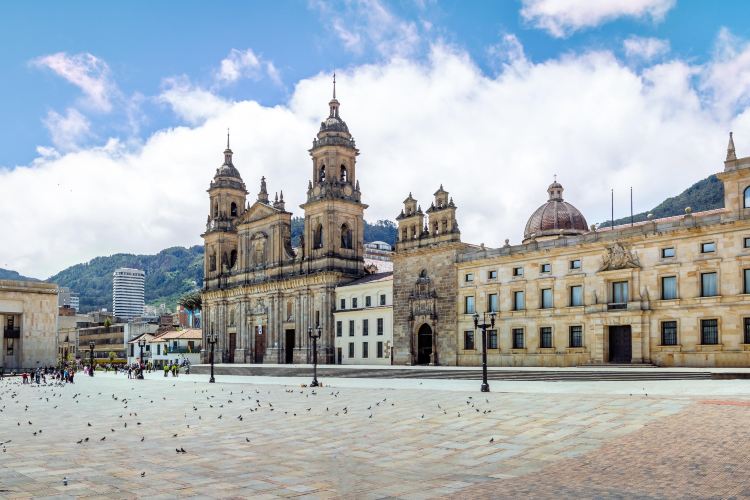 The area was once the locale of choice for the city’s elite and rich, but they upped sticks following the uprisings and turmoil that started in the ‘60s and relocated to the North of Bogotá—a quiet and mainly residential region, full of luxury highrises, gated mansions, huge supermarket chains, and sprawling high-end malls—the polar opposite of their old stomping ground.

You could literally spend days walking around the seductive streets of La Candelaria, absorbing the beauty and atmosphere, and still not see everything. It should definitely be placed top of any Bogotá bucket list.

La Candelaria has a reputation for not being the safest area in the city—given its appeal, there are always plenty of people wandering around during the day and it’s a hot spot for pickpockets—so take the same precautions with your valuables as you would in any crowded city around the world. 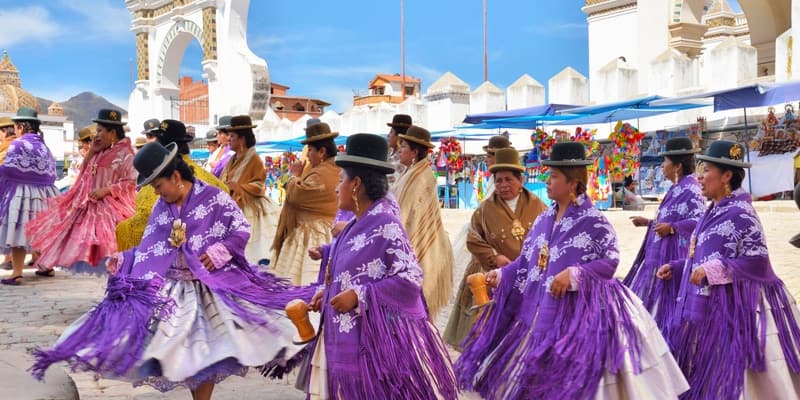 It tends to be a lot less crowded as evening falls, and some guides recommend not walking alone after dark, but when I stayed there I strolled around at all times of the night and early morning without issue (however, I’m a seasoned world traveler with resting bitch face, so make of that what you will).

There are soldiers positioned on most of the major street corners 24-7, and although at first, it can be a tad jarring to stumble upon a spotty 18-year-old brandishing an assault rifle, you soon get used to it.

At the heart of it

The Plaza de Bolívar is the most buzzing part of La Candelaria, at the very heart of the area. The grand square is the main meeting point and hang-out area for Cachacos and gringos alike, so it’s not surprising that it makes for some of the best people-watching in the city. 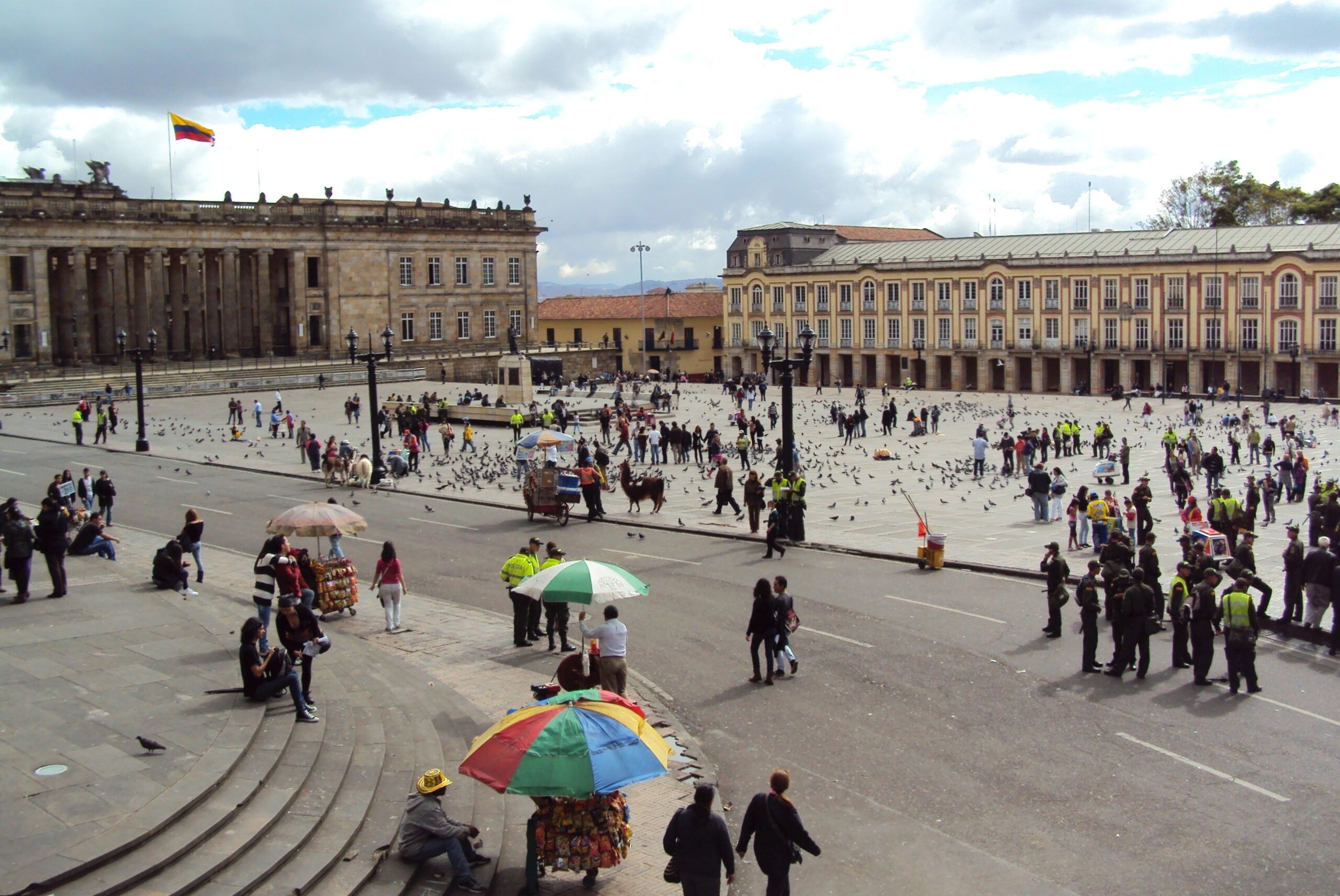 There are monumental and historical buildings dating back more than four centuries and covered in political graffiti, such as the imposing Neoclassical Capitol where Congress regularly meets, Lievano Palace (the city hall), and the Palacio de Justicia which was rebuilt in 1999 following the Colombian army’s controversial and much-criticized storming of the building in 1985, in response to an M-19 guerrilla takeover, that resulted in over a hundred deaths.

Bogotá is rich in museums and art galleries, including the famous Museo del Oro (the Gold Museum), but my personal, hands-down favorite is the Museo Botero in La Candelaria.

Situated in a beautiful old colonial mansion, surrounded by a lush courtyard, the Museo Botero is home to one of Latin America’s vastest collections of modern and Impressionist art, donated by Colombia’s most celebrated and famous artist. Fernando Botero. 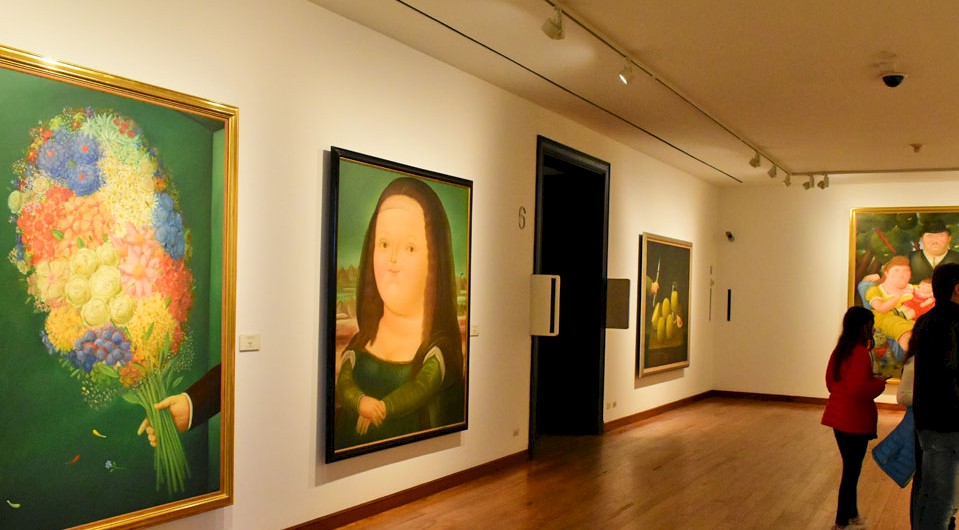 Botero also happens to be my hands-down favorite artist, so maybe I’m biased, but in addition to his signature paintings and sculptures of large, exaggerated, rotund figures—which include a decidedly curvy Mother Superior and chubby guerilla fighters—there are also artworks from Miró, Dalí, Monet, Picasso, Henry Moore, and Max Ernst.

Best of all, entrance to the museum is free to all.

A trip to Colombia wouldn’t be complete without sampling some of its world-famous coffee, with its unique flavor and unmistakable mild yet rich aroma.

The country is the world’s third-largest exporter of coffee, behind Brazil and Vietnam, making up 10% of the global market, and it’s by far Colombia’s biggest and most profitable export (aside from narcotics, natch). 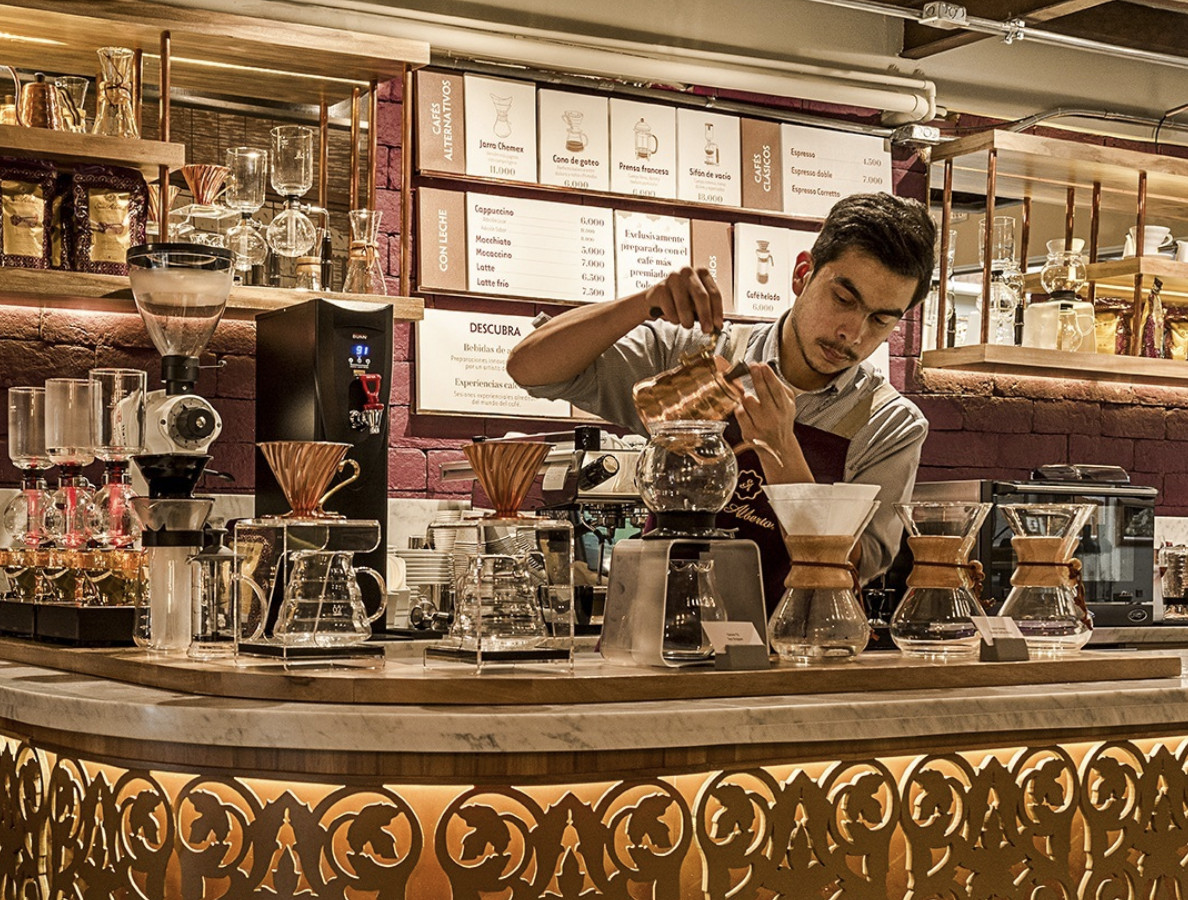 Tinto (cheap coffee) is sold by street vendors all over Bogotá, and unlike in the US, it’s consumed at night as much as in the morning, mainly because Colombian coffee doesn’t have the same emphasis on caffeine as blends from overseas do.

Even if you’re not a coffee drinker you need to try at least a cup or two, and if you value quality over cheapness, head to one of the hundreds of little coffee shops dotted all around the city.

My personal favorite is Colo Coffee which has three different cafes, but the Usaqúen branch is by far the best—set in a stunning location, with lightening fast free WIFI and featuring a full restaurant, coffee tasting room, and even workshops. 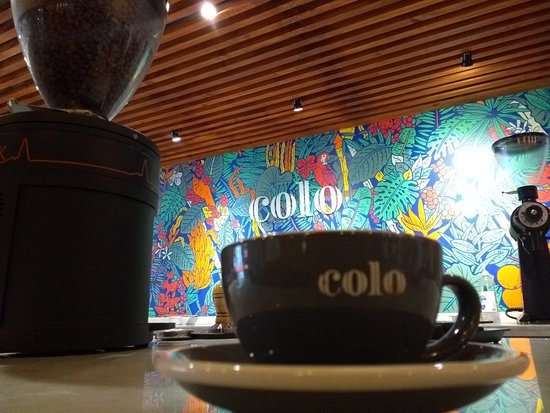 The bestseller is their “Black Honey” blend—try it black without any cream or sugar at first, as it’s so divine drunk plain that you probably won’t need any additions—and that comes from a devout tea drinker who usually only drinks un Sombra: a very weak café con mucho Leche.

Like all of the major cities throughout Latin America, Bogotá is packed with ornate and elaborate cathedrals, but one of the best is el Catedral Primada.

Towering over the Plaza de Bolívar, the Neoclassical cathedral is where the city’s first mass was celebrated in 1538, and it’s also home to the tomb of Bogotá’s founder, Jiménez de Quesada, who lies in rest in the basilica’s largest chapel. 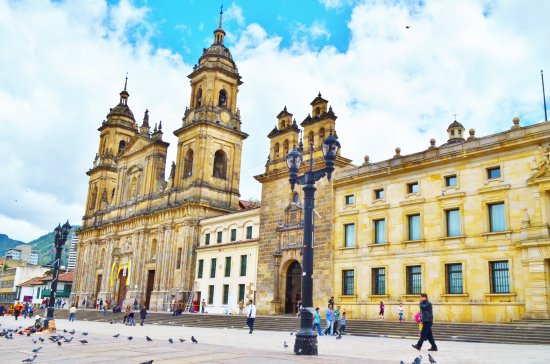 Catedral Primada was initially constructed in the early 16th century, but it’s been rebuilt three times following an upgrade and two collapses, it was finally completed in 1823. Its stunning façade and towering twin spires are amongst Colombia’s greatest examples of colonial architecture, and its gold-adorned interior is simply breathtaking.

If you’re hankering to escape the crowds, get in touch with nature and get your hike on, Cerro de Monserrate is the place for you. It’s also the perfect opportunity to acclimatize if you’re planning to embark on one of Bogotá’s many mountain hikes during your trip. 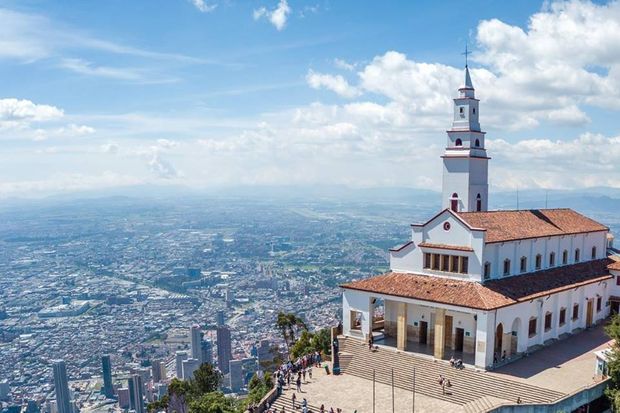 Acclimatization is essential if you want to avoid soroche (altitude sickness), Bogotá is located a whopping 2640 meters above sea level in the Andes mountains range, making it one of the highest capital cities in the world, and Cerro de Monserrate is even higher, rising to 10,341 ft.

It takes around an hour and a half from the city center to climb to the top, where the beautiful and sacred Monserrate Monastery is located. If a hefty hike up a 1,500 stone step path isn’t your thing though, never fear! It’s possible to avoid the blisters and aching calves by taking the frequent teleférico cable cars or funicular railway to the top instead.

It’s best to avoid Cerro de Monserrate during quiet times, as muggings have been known to occur in the past, albeit sporadically, so aim to visit during weekends when the route is more trafficked, usually by pilgrims hoping for miracles from the church’s dark-skinned Christ.

If you don’t get the miracle you’re hoping for, never mind as you will still get to enjoy the spectacular views of the seemingly endless sprawl that is Bogotá, laid out below you.

In addition to its cafes, Bogotá is renowned for its multitude of markets. One of the biggest and most famous is Paloquemao. 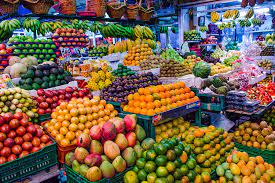 The market can take hours to explore fully, and it’s the perfect way to while away the hours, whilst providing visitors with an authentic Bogotán experience that engages all the senses. 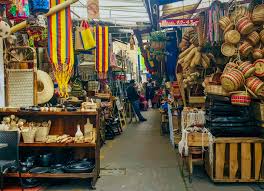 However, if you’re more into flea markets, antiques and curiosities, then Sunday is the day for you. There are a vast number of flea markets around and in the city center every Domingo, including one on Carrera 3 # 17-10 next to  Candelaria, one on Calle 24 # 6-01, next to la Septima, and one in Usaquen.

Let’s get ready to rumbear

Colombianos love to get their party on and their hips grinding, preferably in a loud, hot, and sweaty club or bar.

Rumbear literally means to dance the rumba, preferably to rumbia criolla, a fusion of bambuco and Afro-Cuban music that was invented in Colombia in the late 1930s.

Every night is a party night in Bogotá, but Fridays and Saturdays are the busiest, with its hundreds of bars and clubs heaving with Bogotanos, clad in their very finest duds, drinking, dancing, and having fun.

La Candelaria is a magnet for the bohemian masses, Zona Rosa in the north of the city attracts the trendier, jet-setting “beautiful crowd”, and the upper-middle-class Chapinero boasts Theatrón, one of the biggest gay clubs in Latin America. 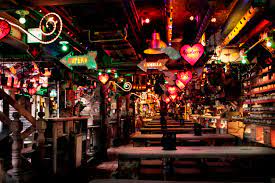 If you only have the chance to visit one or two venues, then you can’t go wrong with Andrés Carne De Res in Chia, which is considered the cream of the Bogotá nightlife crop. It’s iconic, gloriously kitschy, and huge, spread over nearly 3 miles in total. 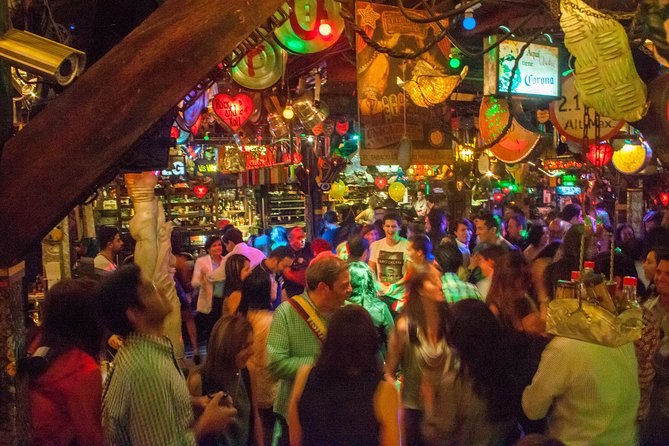 If you’re in the mood to splash the cash then head to the Hotel V bar, in Chapinero, where you’re guaranteed a debaucherous, crazy, and unforgettable night, as crossover-style music pumps and style-conscious Colombians let it all go, right up until the doors close at 3 a.m.

Colombia’s amazing and sublime cloud forests, created by the country’s unique mix of warm and cold air at high altitudes, are like nothing you have ever experienced before.

Cloud forests are misty, temperate primordial jungles, rich with wondrous biodiversity of plants, animals, and insects, enveloped in a shroud of fog.

Luckily, one of Colombia’s best is located just outside of  Bogotá, and it’s like a Latin American Garden of Eden, a wonderland of natural riches for nature lovers. 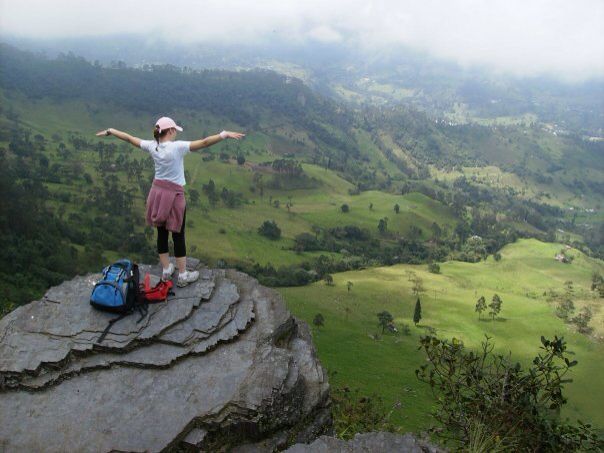 Chicaque Natural Park (Parque Natural Chicaque) is just over 15 miles from the capital, and easily accessible by a 50-minute car drive, a taxi ride (costing $9-12 US dollars), or the Line 99 bus ($3-4 US) which takes around an hour-and-a-half).