As people around the world die from the coronavirus, a tone-deaf President Trump gleefully tweeted that his press briefings are drawing  ‘Monday Night Football type numbers!’

“Because the ‘Ratings’ of my News Conferences etc. are so high, ‘Bachelor finale, Monday Night Football type numbers’ according to the@nytimes, the Lamestream Media is going CRAZY. Trump is reaching too many people, we must stop him.’ said one lunatic. See you at 5:00 P.M.!”

“The Lamestream Media wants us to fail. That will NEVER happen!” he wrote in another tweet.

As if that weren’t enough, Trump made a point of tweeting that  Fox News “alone” attracted 6.2 million viewers — “an astounding number for a 6 p.m. cable broadcast, more akin to the viewership for a popular prime-time sitcom.”

Meanwhile, the death toll in New York has risen to 776. 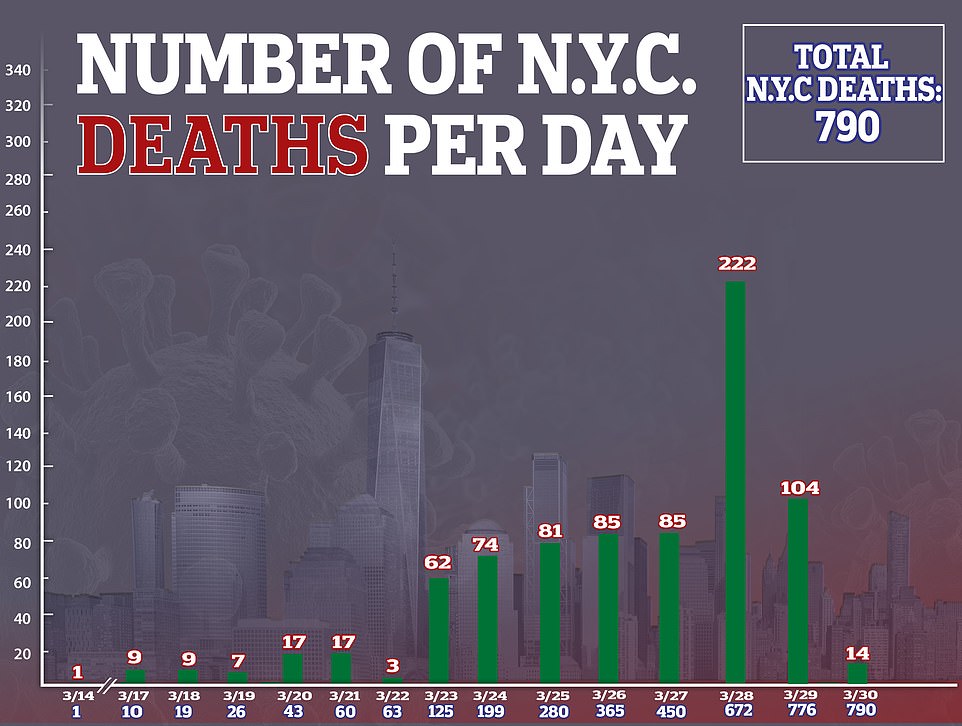