As a home dog boarder, I want to hand a dog back to its owner safe, sound and happy.  Caring for someone else’s pet is a massive responsibility and one I and most of my colleagues know and take seriously.

Which is why most will not take un-neutered dogs.

Our personalities are not decided by hormones. Removing the testosterone flowing through an intact mature male dog’s body is not going to make any difference to their essential character. But it will make him safer when he’s out and about in public places. 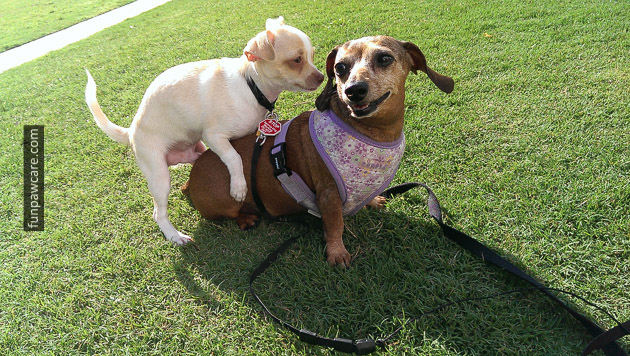 And safer in the home too, where his temperament won’t be subjected to a drive he can’t satiate when trying to hump a person means he is punished. All he is doing is fulfilling the desire nature instilled via those troublesome testicles, to procreate.

For us dog boarders, all male dogs have to be watched carefully when they first come into our homes. From outside the front door to inside, a dog is met with a load of smells from previous residents that have lived there, which then have to be covered with their own scent – that’s what owning territory is all about. They will urine spray and mark. They don’t need to do this in their own home, their smell is already dominant.

When out and about, smelling the urine of others from their bodies gives dogs information on maturity and sex. To an un-neutered dog, another male becomes a threat to be dominated. Aggression ensues. 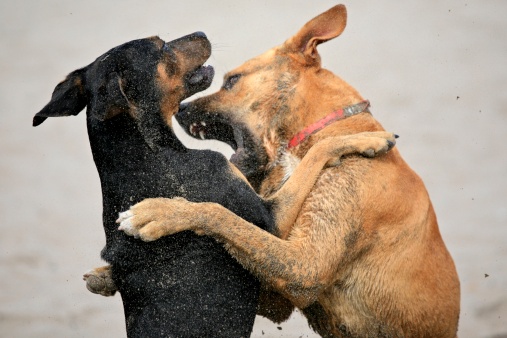 As soon as a dog reaches its teenage days – around 7-8 months for a male and 6 months for a female (although always take your vets advice as age is a debatable subject), have them seen to. It is the kindest thing to do. When it comes to the argument of health implications, consider all the other things we do to our pets, that can incur cancer and health damage.

There are too many broken dogs in dog pounds – don’t let your dog be one of them or the cause of more, because he’s been in a fight, bitten someone or raped another dog. The blame lies roundly on those balls.

It takes all of 10 minutes for the procedure to be done and they are right as rain within a day or two.