At a State Senate hearing Tuesday, Texas Department of Public Safety head Steve McCraw slammed police’s response to the May 24 massacre as ‘an abject failure.’

In a stunning admission, McCraw said there had been enough cops at the scene to ‘stop the gunman three minutes into the massacre.’

‘Three minutes after the subject entered the west hallway, there was sufficient number of armed officers wearing body armor, to isolate distract and neutralize the subject,’ McCraw told the committee while reviewing the timeline of the day’s tragic events.

Placing blame directly on district police chief Pete Arredondo, who  commanded cops on the scene to not confront the gunman, McCraw said he ‘decided to place the lives of officers before the lives of children.’

Even with panicked calls still coming in from the children trapped with the gunmen, the police still waited an hour and 14 minutes to enter the classroom.

A special agent with the Texas Department of Public Safety who showed up to assist recalled his conversation with the police at the school.

In transcripts, the agent asked an officer if any kids were still inside.

‘If there is, then they just need to go in,’ the agent said.

‘It is unknown at this time,’ the officer replied.

‘Whoever is in charge will determine that,’ the cop answered. 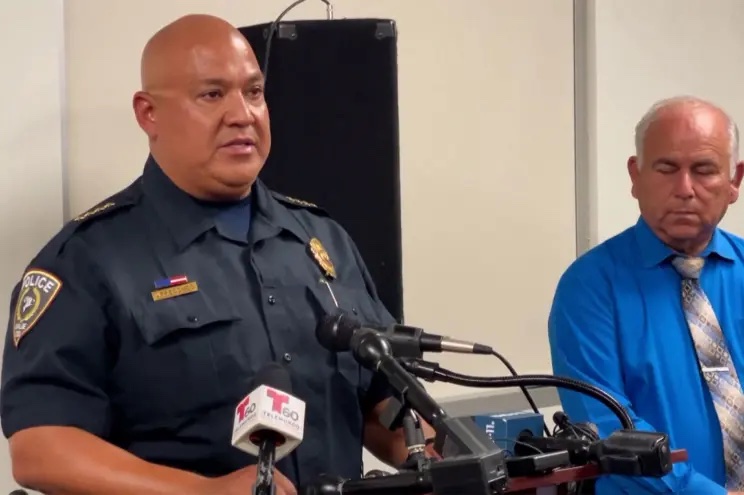 It was only when a Border Patrol agent ignored Arredondo’s orders and rushed into the school that some of the children were rescued but by then, it was already too late for the 21 victims.