Today we find out whether witnesses will be called to testify in the impeachment trial. Spoiler alert: most Senators will vote against it. Given John Bolton’s recent revelations, you would think everyone would agree that he needs to testify, but the Republican party owns the Senate at the moment and will vote in their best interests, not the Country’s.

So Brooklyn baker,  Butter & Scotch, took the dough into their own hands and decided to send over 53 — 53!–  sheet cakes to 53 Republican senators asking them to let Bolton testify in the ongoing trial. 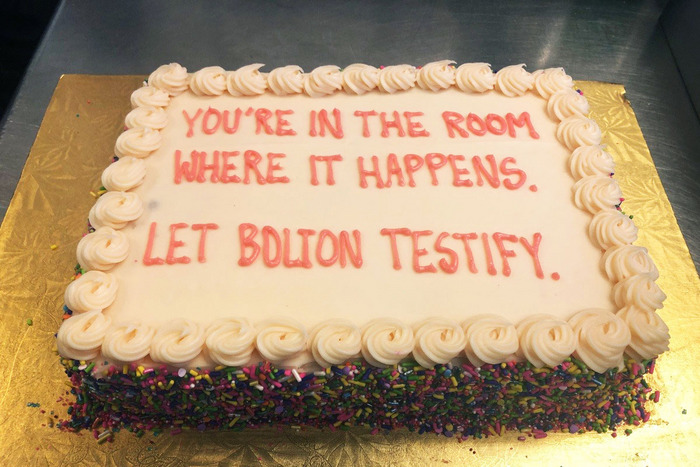 Reportedly, each cake is being decorated with a different message, including “Don’t Dessert Democracy,” “You’re in the Room Where It Happens,” “This Trial Is Half-Baked Without Witnesses,” and “This Is History in the Baking,” and followed by the statement, “Let Bolton Testify.”

Let’s see who turns them away…and who eats them.