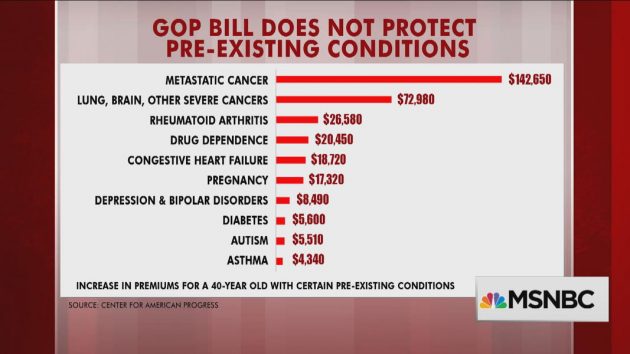 This just in: Thursday the  House of Representatives passed the Republican plan to replace Obamacare by a vote of 217 to 213. Squeaking by with this close margin, Speaker Paul Ryan and President Trump crowed they had won a huge victory for the American people, but, not surprisingly, there are many dissenters.

Democrats blasted the bill, saying it would make insurance unaffordable for those who need it most and would leave millions more uninsured. They also accused Republicans of seeking tax cuts for the wealthy, paid for in part by cutting health benefits.

Here are the key measures in the House bill: