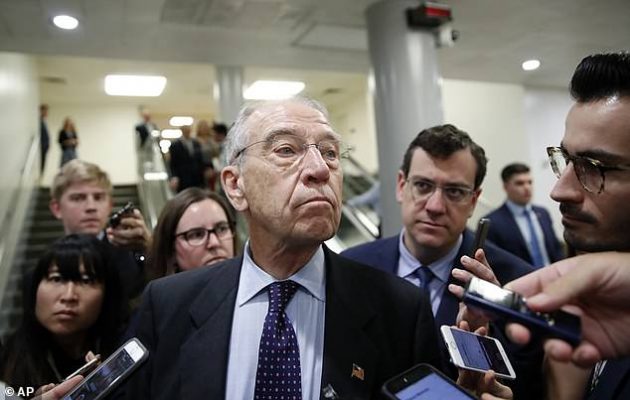 Wednesday, the FBI released their background report on Brett Kavanaugh and quickly Senate Judiciary Committee Chairman Chuck Grassley made a statement to the press, saying indignantly that ‘there’s nothing in it that we didn’t already know.’

‘Neither the Judiciary Committee nor the FBI could locate any third parties who can attest to any of the allegations,’ Grassley said in a statement Thursday morning. ‘There’s also no contemporaneous evidence. This investigation found no hint of misconduct and the same is true of the six prior FBI background investigations conducted during Judge Kavanaugh’s 25 years of public service.’ 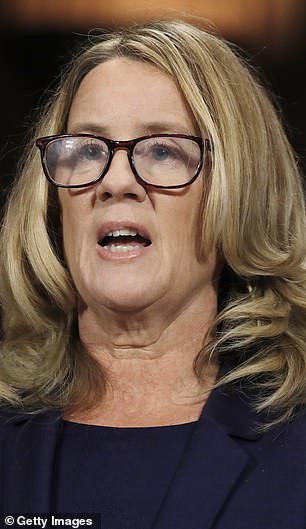 Meanwhile, many Democrats have said that the FBI report — done in less than a week– is inconclusive and too limited in scope.

Sen. Dianne Feinstein, the ranking Democrat on the Senate Judiciary Committee, said the report was notable for ‘what’s not in it.’

‘The FBI did not interview Brett Kavanaugh nor did the FBI interview Dr. Blasey Ford,’ she said.

She charged the White House with tying the FBI’s hands on the investigation.

‘It now appears that they choked the FBI from doing its job,’ she said.

Lawmakers are still reading the FBI doc, taking turns in a secure room in the Capitol basement but Republicans are pushing for a vote as early as Friday.