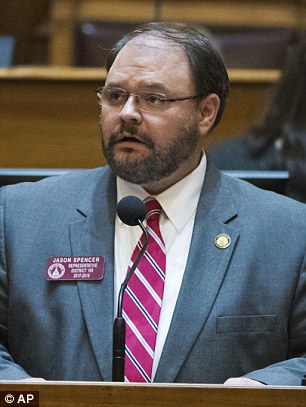 In an unbelievable tape, comedian Sacha Baron Cohen tricked Republican Representative Jason Spencer, 43, to show his buttocks, yell ‘NIGGER’ and generally show how racist the man really is. Believing he was being taught how to fight terrorists by a disguised Cohen, it was actually for his Showtime show’ Who is America?’

After exposing himself and calling Muslims racists, the politician has been forced to resign. Watch it below.