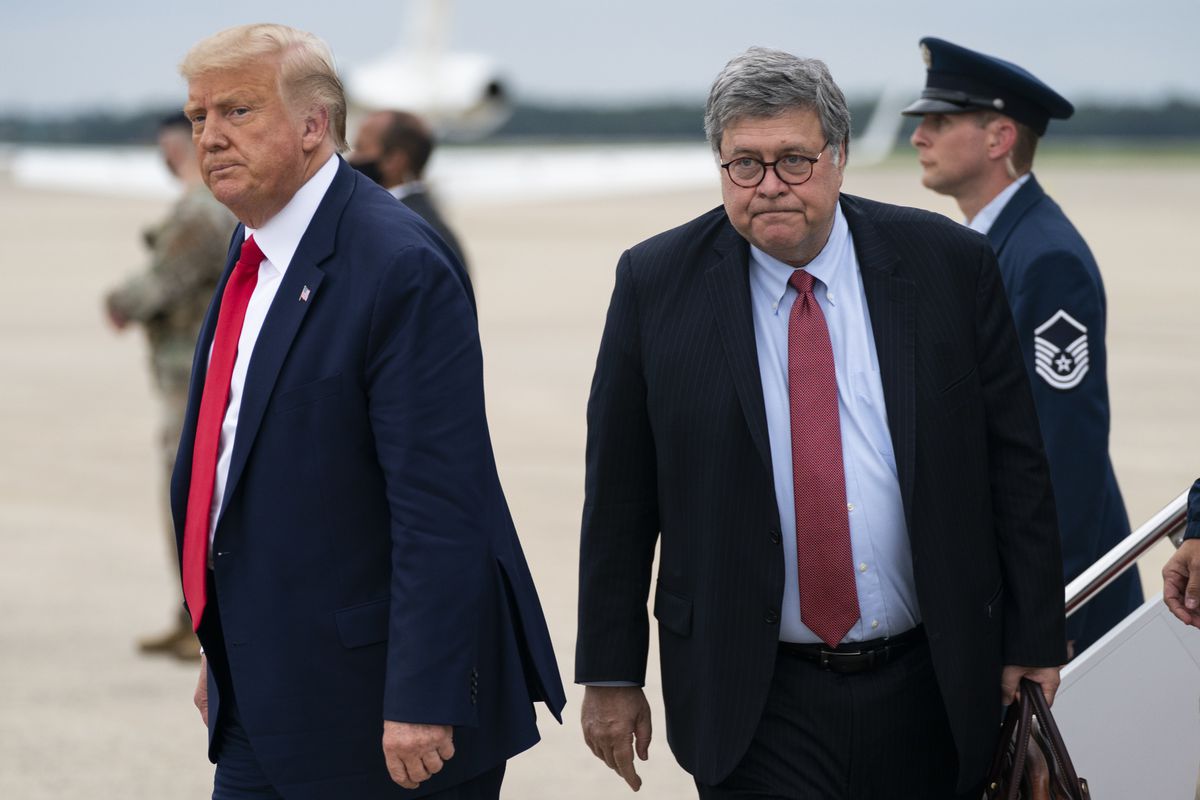 As you’ll remember, after doing the ex-President Trump’s biding for most of his tenure, the former AG finally denounced Trump’s claim of voter fraud in December 2020, saying:

“My attitude was: It was put-up or shut-up time,” Barr said. “If there was evidence of fraud, I had no motive to suppress it. But my suspicion all the way along was that there was nothing there.”

In Karl’s upcoming book, we’re learning more details about the last few weeks of the last days of the Trump administration and Trump’s crazed attempts to hold on to the Presidency.

Barr reports that during one meeting in December, he confronted a ballistic Trump who berated him for telling AP there was ‘no fraud in the election.’

When Trump yelled at him why he had told the newswire service that Trump’s claims of voter fraud were false, Barr replied:

“You know, you only have five weeks, Mr. President, after an election to make legal challenges,” Barr told Trump. “This would have taken a crackerjack team with a really coherent and disciplined strategy. Instead, you have a clown show. No self-respecting lawyer is going anywhere near it. It’s just a joke. That’s why you are where you are.”

And that’s where Guiliani came in.

But let’s not forget that Barr used the AG office to further Trump’s goals, basically weaponizing the position which is intended to be non-partisan. Now, Barr is desperately trying to salvage his reputation.