As Trump continues to blame the Democrats and Joe Biden for the violence in American’s streets right now, Biden struck back in a speech in Pittsburgh where he vehemently asked ‘‘Ask yourself, do I look like a radical socialist with a soft spot for rioters? Really?’

Biden blamed Trump for ‘stoking violence in our cities,’ exclaiming ‘He can’t stop the violence – because for years he has fomented it.’

In his dynamic speech, Biden took issue with Trump’s continued false claim that he was out to ‘defund the police’ and tried to unify the nation.

Trump and Pence are running on this – and I find it fascinating – “you won’t be safe in Joe Biden’s America,’ Biden said. 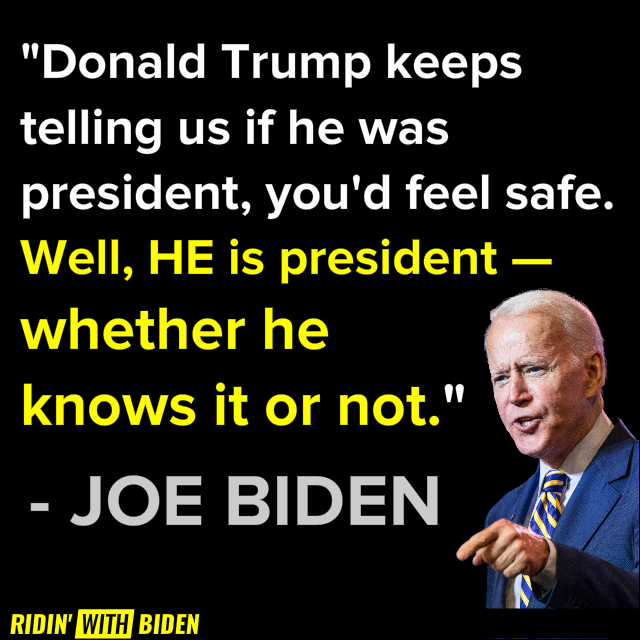