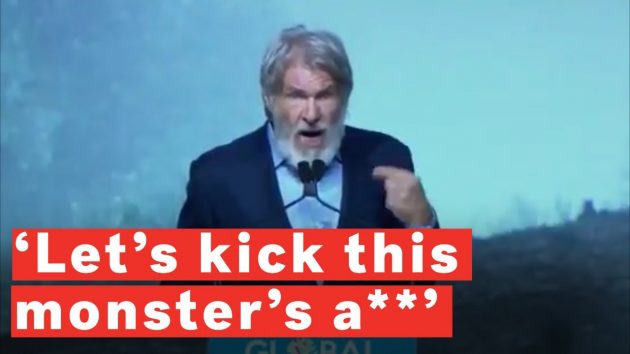 When veteran actor Harrison Ford took the stage at the Global Climate Action Summit in San Francisco, he was already in fine form. In an angry growl he delivered the key takeaway at the Climate Forum: ‘Stop Giving Power To People Who Don’t Believe In Science” and “Or even worse, pretend they don’t believe in science. Never forget who you’re fighting for.”

It’s up to us, the voters, to figure out where candidates stand on Global warming before voting them into office.

“Rich or poor, powerful or powerless, we will all suffer the effects of climate change and ecosystem destruction,” Harrison said. “And we are facing what is quickly becoming the greatest moral crisis of our time. That those least responsible will bear the greatest costs.”