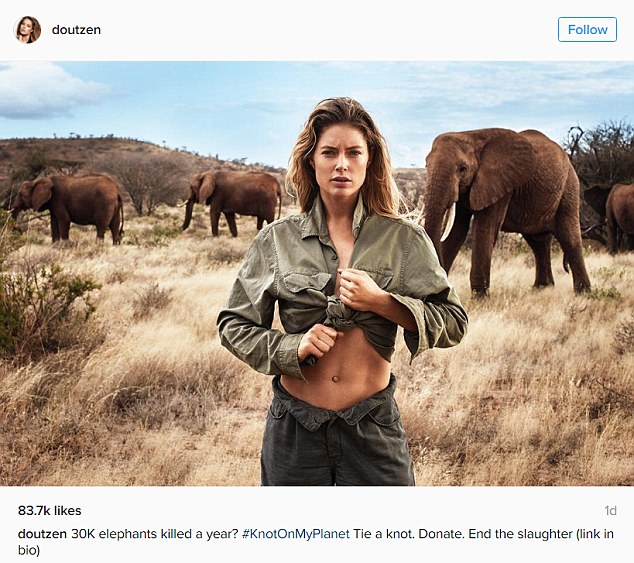 Supermodels unite! In the #KnotOnMyPlanet campaign which aims to raise awareness about elephant poaching, supermodels are sharing photos of themselves with — what else? –knots. Launched by the stunning Doutzen Kroes, she convinced three past supermodel icons, Naomi Campbell, Christy Turlington, and Linda Evangelista to pose wrapped up in a giant bow. 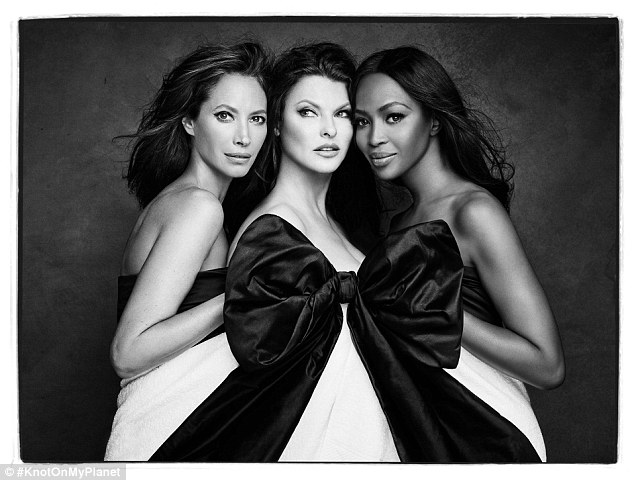 The Elephant Crisis Fund hopes to save elephants which are being killed at a rate of thousands a year.. According to researchers, an elephant is killed for its tusks every 15 minutes. To donate just click .