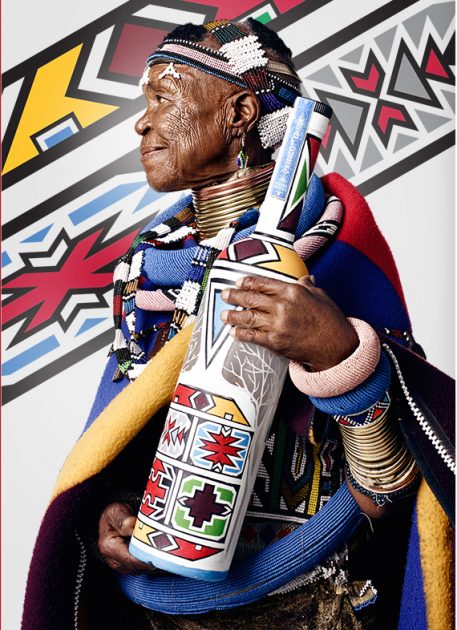 Esther reinterpret the four campaign symbols which are seen in the artwork on the bottle signifying security, unity, change, support,  the four central values the campaign commits to bringing to the fight against HIV/AIDS. 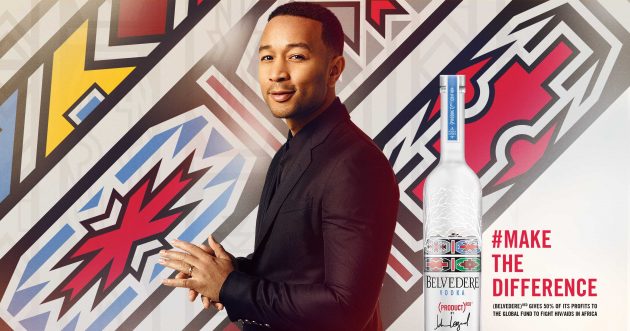 For every bottle you give (or keep), Belvedere Vodka contributes 50 percent of this limited edition of the profits to the Global Fund to help keep girls and women safe and educated.