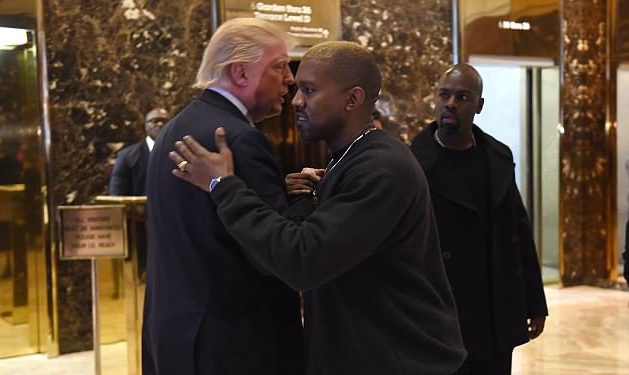 Kanye West has once again declared his support for Donald Trump, calling the president his ‘brother’ and saying they both share ‘dragon energy’.

Kanye West fired off some worrisome tweets on Wednesday, where he declared that ‘the mob can’t make me not love Trump,’ called the President ‘his brother’ saying that they both share ‘dragon energy.’

The rapper also referred to himself as a ‘future president’ who would one day ride in ‘Yeezy Force One’. 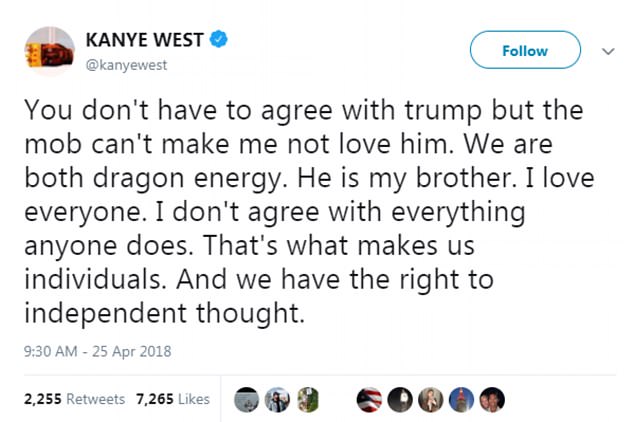 When wifey Kim interfered, he posted that he doesn’t agree with ‘everything Trump does.’

But in a separate tweet, he said that he loved also Clinton, who Kim Kardashian publicly supported in the 2016 presidential election. Huh?