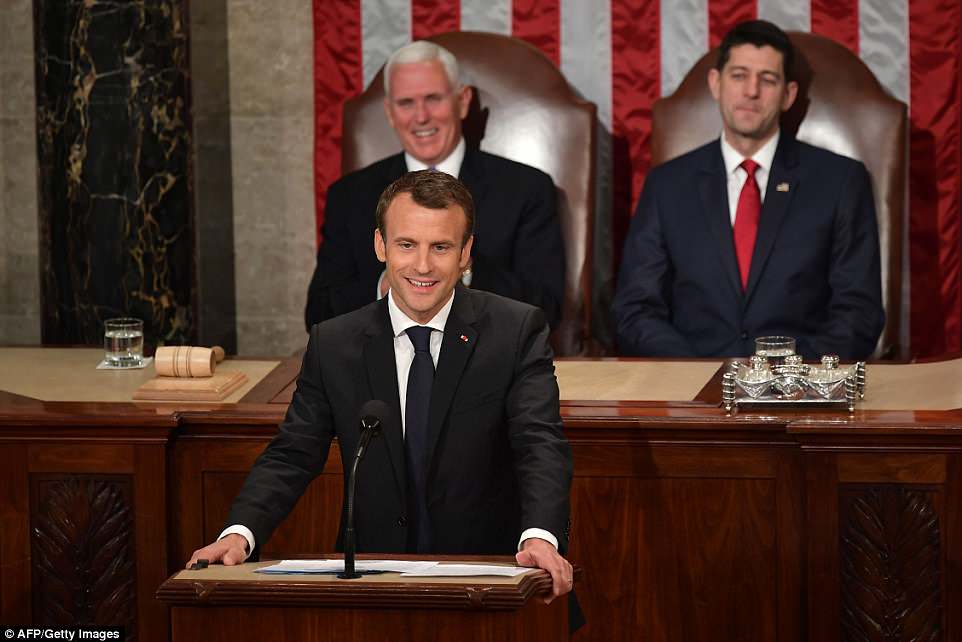 French President Emmanuel Macron used a  joint address to Congress to push for climate change, free trade, and explain why Trump shouldn’t rip up the Iran deal, which was all greeted by cheers on the Democrat side of the aisle. 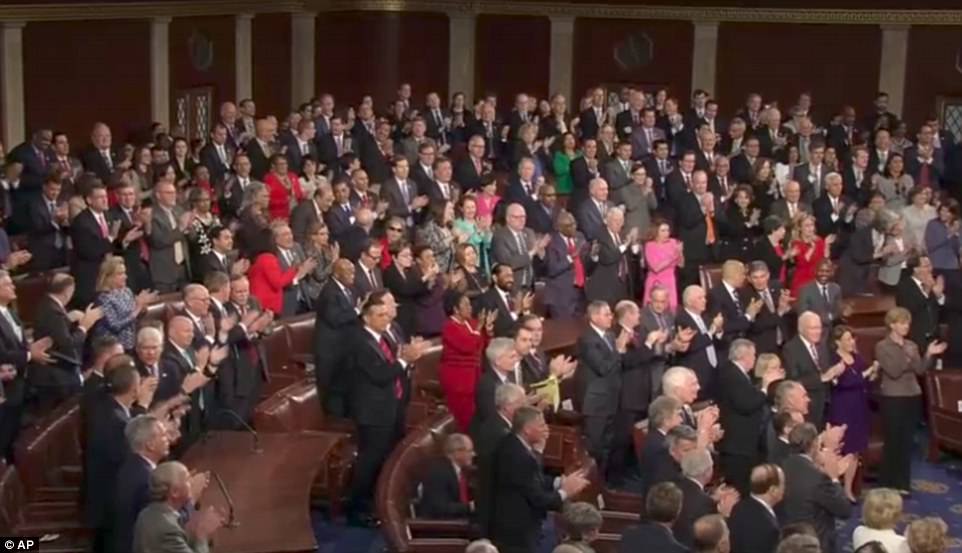 Though Macron’s speech was addressed to the entire Congress, many saw it as a plea to Trump as he warned the U.S. not to allow institutions like NATO and the United Nations to dwindle. He has our vote. 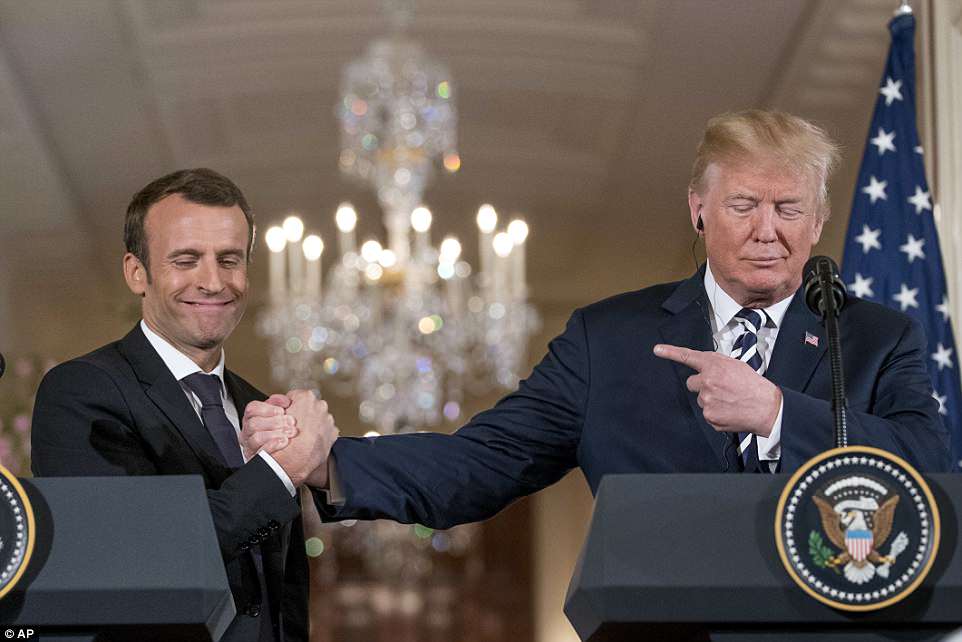