Bindi Irwin and her new husband, Chandler Powell, had a very small wedding but have just revealed that they had Bindi’s late father, Steve ‘The Crocodile Hunter’ Irwin ‘beside’ them during the ceremony. 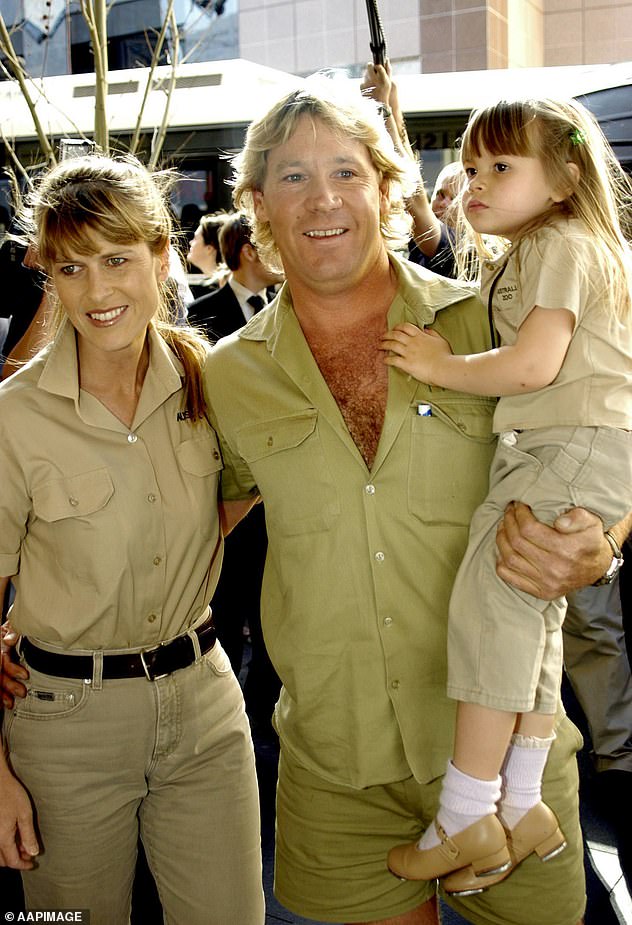 ‘We had dad’s picture with his dog Sui blown up on an easel. So mum [Terri] and Robert [her brother] were standing right next to dad as we exchanged vows,’ said Bindi.