The history of Berlin is really a tale of three cities. There’s the pre-WWII Berlin, the Cold War Berlin, and the post-wall Berlin.

The city was founded in the 13th century, and it grew to become one of the world’s leading metropolises. Berlin was renowned for its culture, art, museums, architecture and history. It was vibrant and liberal, boasting raunchy bars, Avant-Garde cabaret clubs and a thriving gay scene. 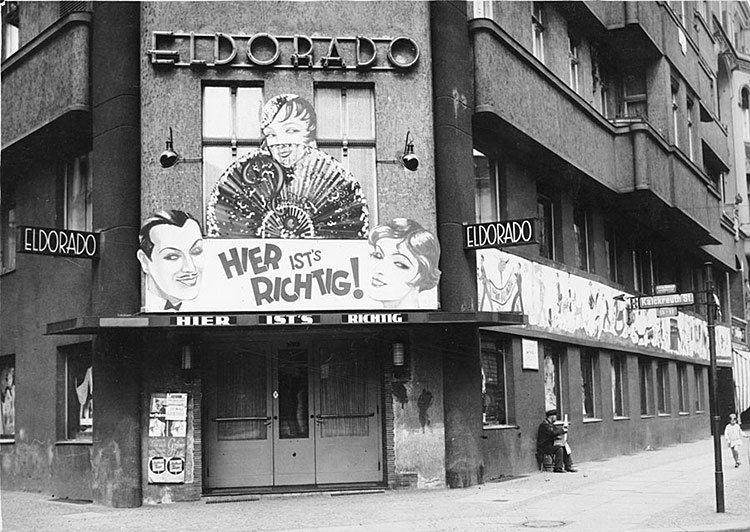 Then the Nazis arrived.

Much of Berlin’s architecture was demolished during World War II — thanks to years of bombings and artillery fire. The city’s culture, nightlife and reputation for tolerance was also destroyed. After the war ended, Berlin was split between east and west by way of a dividing wall that became a symbol of the Cold War.

In November 1989 the wall was finally torn down and the city was reunified once again. Berliners seized upon their newly gained freedom and strived to restore the city to its former glory. Today, the German capital is home to more than three million people, and it’s a multi-cultural, music, art, nightlife and fine dining hub. However, Germany’s endeavored not to cover up its past transgressions. The country’s built museums documenting the Nazis’ atrocities and memorials to honor the millions of victims.

There’s so much to see and do, it’s difficult to know where to begin. So, how about starting with our guide to Berlin — the German capital’s top five tourist must-dos.

There’s no better reminder of Berlin’s many triumphs and tragedies than The Brandenburg Gate (Brandenburger Tor). The majestic and soaring gateway was built to be one of the entrances to the city by Prussian kings in 1791. Somehow, it managed to remain fully intact throughout both world wars, making it one of Berlin’s few undamaged historic monuments. 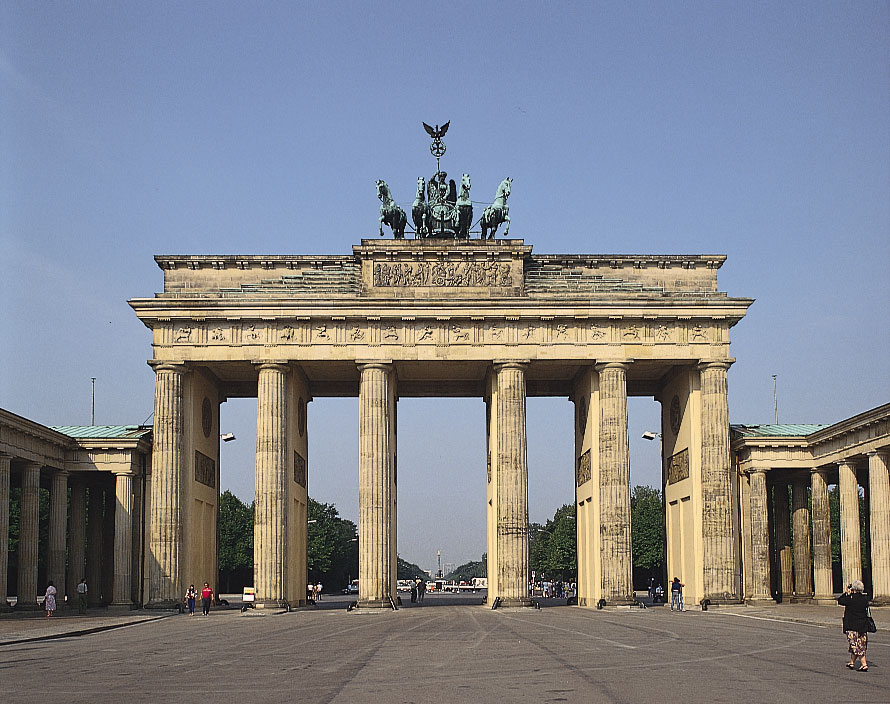 After Berlin was divided following the war, the border of the Soviet controlled east was built directly in front of the Brandenburg Gate. It remained inaccessible to the city’s western citizens for four decades, along with Pariser Platz square which sits at its foot and boasts some of Berlin’s most notable and important architecture.

The Brandenburg Gate has become the city’s most iconic landmark and a symbol of the peace and unity that followed Berlin’s divisive Cold War era. It’s a must-see for any first time tourist.

Berlin’s amazing Museum Island (Museumsinsel) is located in the middle of the Spree river. It’s a UNESCO World Heritage Site and home to a total of five world-class foundations — the Old Museum, the Bode Museum, the Pergamon Museum, the New Museum, and the Old National Gallery. 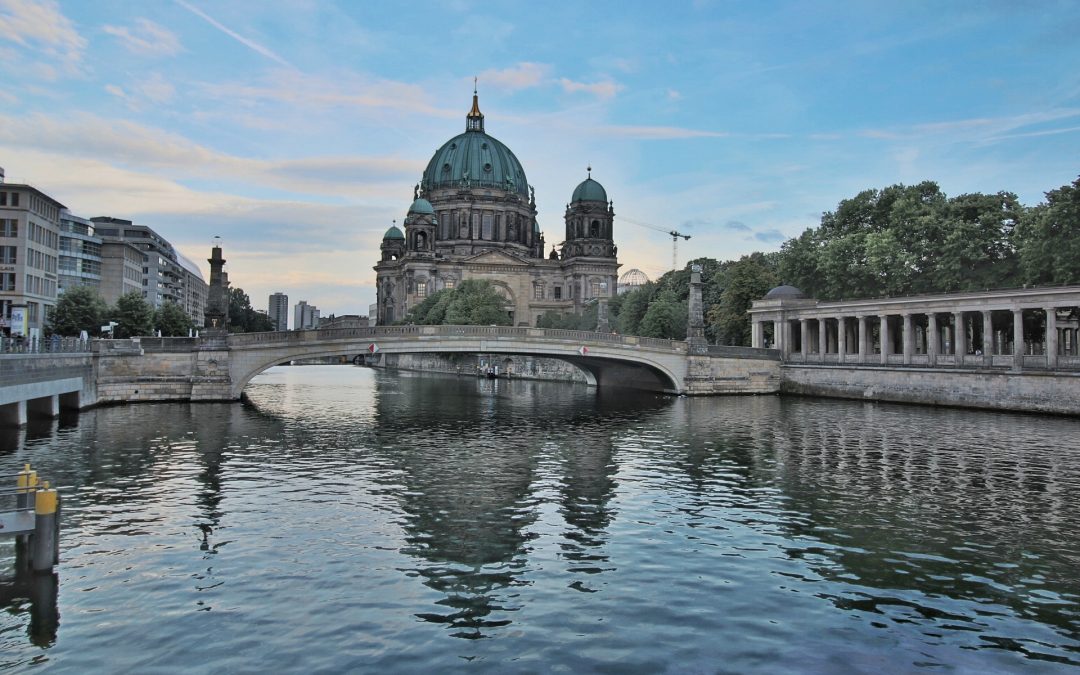 The museums were all built between 1824 and 1930. They were designed by renowned Prussian architects, and each building is historically and architecturally significant. In addition to absolutely stunning.

The museums all house different exhibits, with a combined collection of artifacts, historical monuments, documents, and art pieces that date back over 6,000 years.

Not surprisingly, a visit to the Memorial to the Murdered Jews of Europe (Denkmal für die Ermordeten Juden Europas) makes for a moving and somber experience. 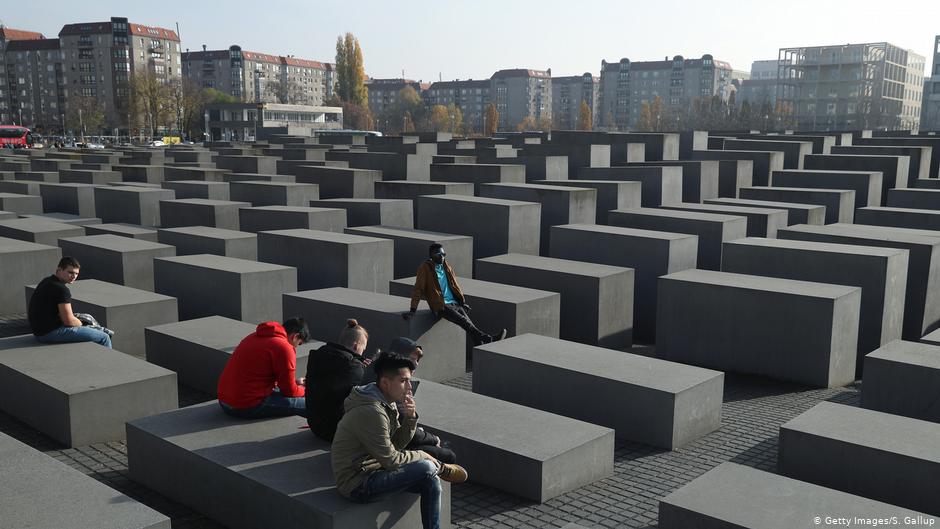 After decades of debate in the German parliament, the memorial was finally opened in 2005. Designed by the famed New York architect, Peter Eisenman, it’s located in the heart of Berlin and covers over 19,000 square meters of land.

According to Visit Berlin, “the sheer size of the installation and its lack of a central point of remembrance call into question the conventional concept of a memorial. This creates a place of remembrance, but not with the usual means.”

There’s an underground museum that documents the lives and deaths of the estimated six million Jews who were murdered in the Holocaust (Shoah). It has a number of themed rooms — including the Room of Dimensions, the Room of Families, the Room of Names and the Room of Sites — which cover the fate of victims, with documents, biographies, photos and diaries. Historical pictures and film footage show the sites of persecution and extermination.

Given the role that the Berlin Wall played in the city’s history, it’s a no-brainer that it’s a tourist must-see.

Despite the wall being torn down in 1989 a part of it still remains standing. The surviving section is home to the Berlin Wall Memorial (Gedenkstätte Berliner Mauer), which honors the victims of the Cold War. There’s also a soviet-era watch tower that visitors can climb, a Documentation Centre and the Chapel of Reconciliation.

To really get a feel of what life was like during the time though, you need to visit Checkpoint Charlie — one of Berlin’s most important Cold War era sites. Back in the day, it was a border station where soldiers would keep guard to ensure citizens stayed on their designated side of the wall. 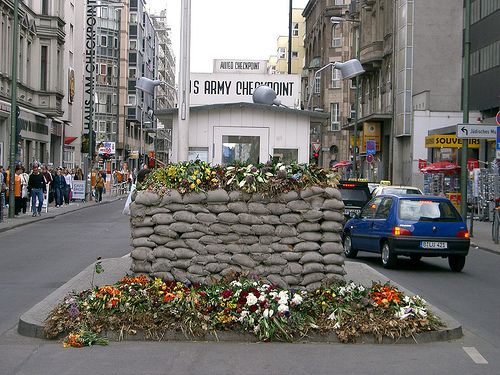 Over the decades it was at the center of multiple political protests, bloody confrontations, and failed escape attempts. Today, a recreated guardhouse sits on the original location, along with a museum that pays homage to all those who lost their lives in the fight to reunify Berlin.

There’s no better way to put Berlin’s troubled and haunting past behind you, and embrace the city of today, than by partying hard and shopping till you drop.

Berlin has the well-earned reputation of being one of Europe’s best nightlife destinations. And, if you want to experience the best of Berlin’s best, then check out Warschauer Strasse.

Located in what used to be East Berlin, Warschauer is now at the heart of the city’s pub, club and party scene. It’s probably not for the older crowd, as the area has an eclectic, edgy vibe with a lot of venues based in old warehouses and industrial buildings. But, if age isn’t a factor, then there’s no better place for cool and funky bars, and world-class house, techno and dance clubs.

If you prefer to bust out with your credit cards rather than some moves, then head to Kurfürstendamm. Ku’damm, as it’s called by locals, is the most famous shopping street in Berlin and it’s a worthy rival to Fifth Avenue, Bond Street, and Rodeo Drive.

The up-scale and elegant boulevard runs through the center of what used to be West Berlin. It’s packed with high-end designer stores, quirky boutiques, cool little cafés, restaurants and bars. 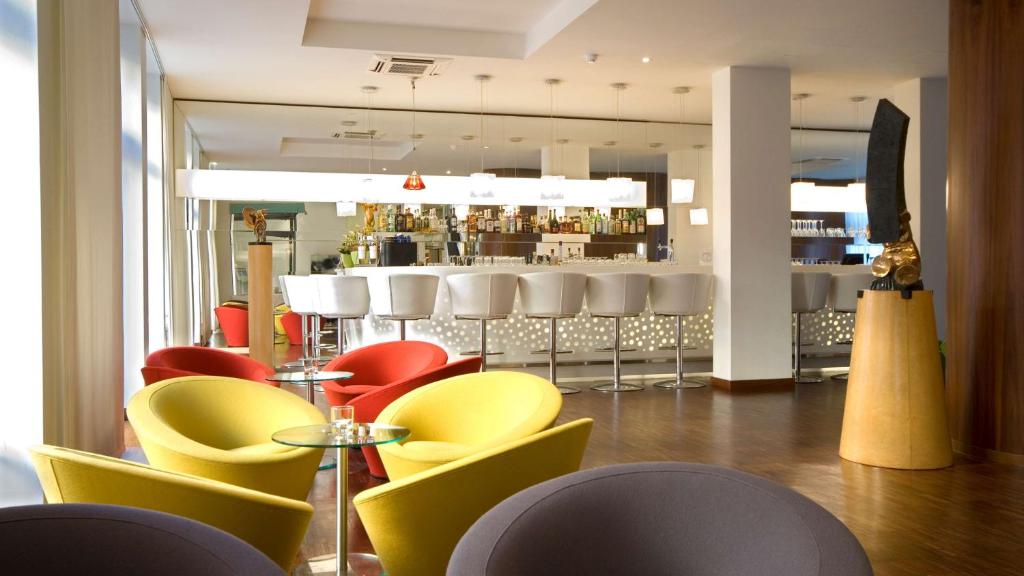