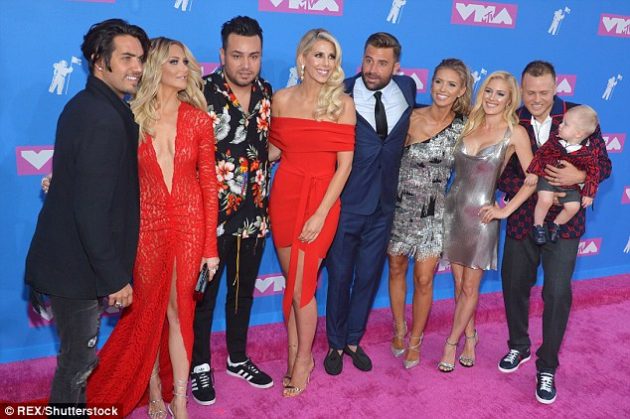 Eight members of The Hills reunited at Monday night’s MTV Video Music Awards in Manhattan to tease the cable network’s 2019 reboot of the reality show, The Hills; New Beginnings.

When Network execs are desperate what do they do? Bring back old shows and hope to capture some of the magic, that’s what. The Hills reality show is the latest to announce a come-back. Eight members from the original cast including Audrina Patridge, 33, Heidi Pratt, 31, and Spencer Pratt, 35, have signed on but notably absent are Lauren Conrad, Kristin Cavallari and Lo Bosworth, key players in the original series.

Cavallari is busy because she has her own reality TV show on E!, ‘Very Cavallari’, Lo Bosworth says she wants ‘nothing to do ‘ with her old castmates, and Lauren Conrad is running her own empire.

The entrepreneur has her own line of clothing, has written a couple of books and the new mom is adamant about not putting her one year old, Liam on reality TV. 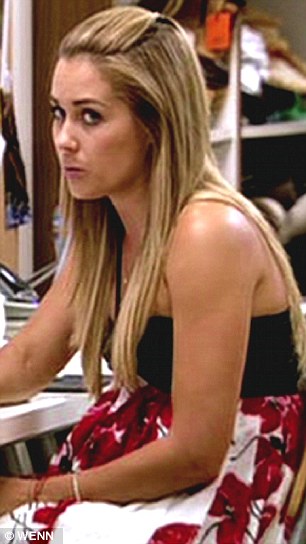 Lauren Conrad on the original show.

Some fans reacted in anger to the news. One tweeted :

Another tweeted: ‘THE HILLS ISN’T THE HILLS WITHOUT LC.’

Some fans are saying on social media that they will refuse to watch the show without LC’s involvement, with one particularly angry fan tweeting: ‘Refuse to watch the comeback of The Hills with no LC or Lo,’ adding the hashtags #itsjustnotright and #ourchildhood.