On a wide-ranging BBC interview, Greta Thunberg said she felt ‘meeting Donald Trump would be a waste of time’

‘He’s obviously not listening to scientists and experts. So why would he listen to me?’.

In the same program, Sir David Attenborough praised the teenager and said she had ‘woken up the world’ to climate change and achieved more in a year than he had in decades.

He said: ‘You have made it an argument people can’t dodge. People of my generation should be very grateful to you’. 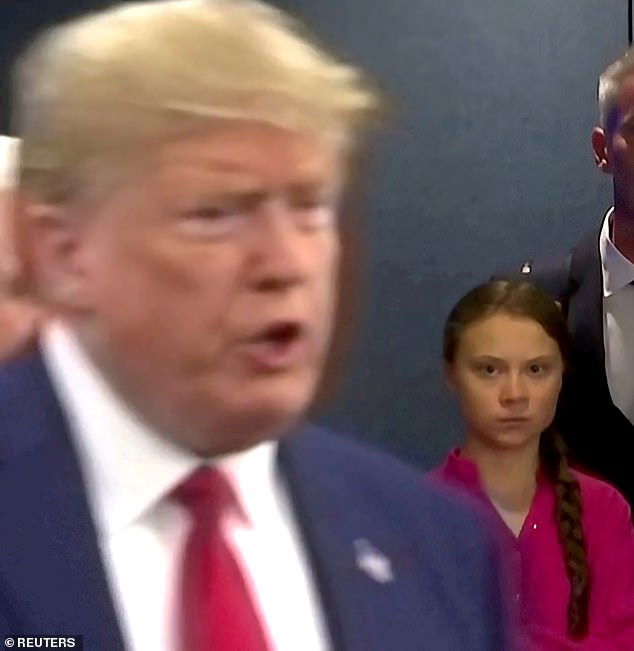 The glare heard around the world.

When Thunbertg was asked about Trump’s attacks on her — notably saying she had an ‘anger management problem– she replied sagely:

‘Those attacks are just funny. They obviously don’t mean anything. It does mean they are terrified of young people bringing change. They don’t want that. They see us as some kind of threat’.

The world is grateful for Greta Thunberg.