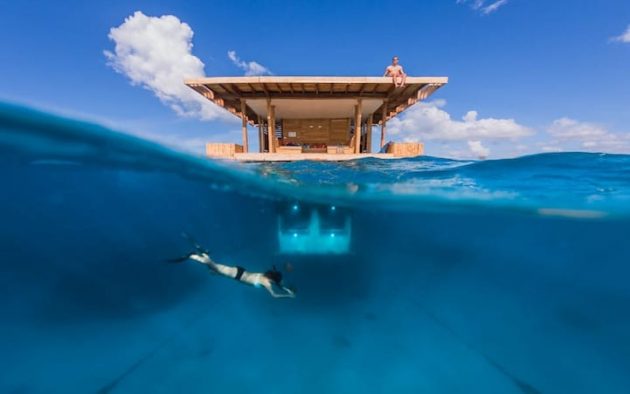 So you say you’ve stayed everywhere? Have you tried sleeping with the fishes? Image being submerged under the sea, with marine life observing you instead of the other way around. The first place on our wish list is the Manta Resort in Tanzania, which is like sleeping in a comfy aquarium. Rooms are 13 feet below sea level and cost about $1,500 per night. 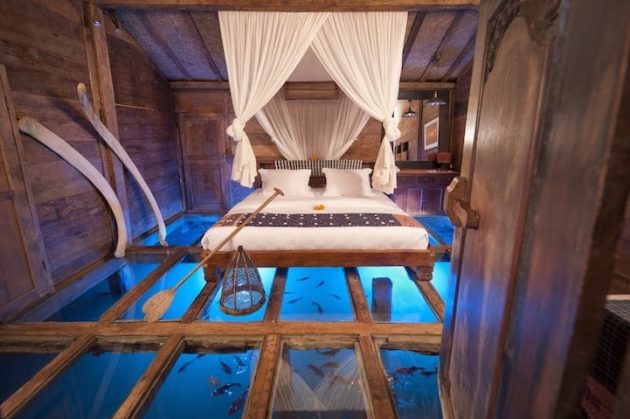 Technically, the Bambu Indah Hotel in Bali isn’t underwater, but it feels like it, with breathtaking views. The tempered glass floor takes some getting used to, but really, it’s not going to break. This is not literally sleeping with the fishes!

Resorts World Sentosa in Singapore is for big spenders — one of the 11 Ocean Suites built as townhouses on two levels will put you back over $1,200 a night but did we mention it comes with its own butler?

Why yes, that is a submarine.  Staffed by an onboard crew of three; consisting of the Captain, chef and personal butler, you can rent the entire sub for a mere $215,000 a night. But imagine the bragging rights! 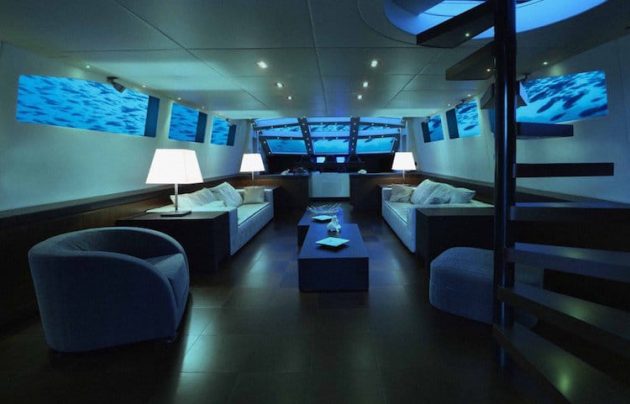