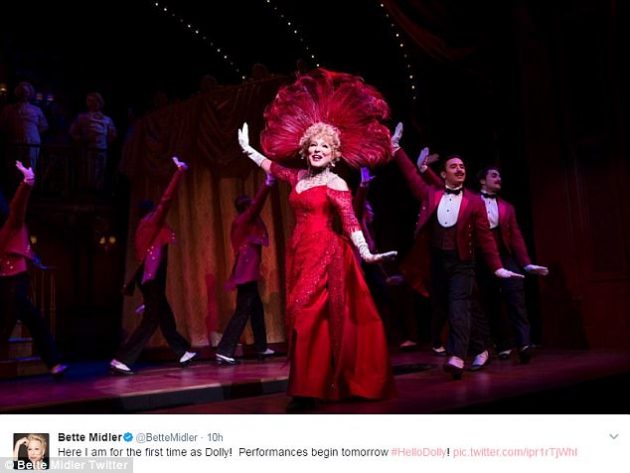 The Divine Miss M is back! Bette Midler opens on Broadway in a revival of the musical Hello Dolly! and shared this first look of herself in the role via Twitter on Tuesday.

Talk about perfect casting: The Divine Miss M is back, starring in a Broadway production of ‘Hello Dolly’ and ticket sales have already broken a record.

Opening on April 20 at the Shubert Theatre, pre-sale tixs already broke the 40 million barrier, making it the highest pre-show advance of any Broadway production. 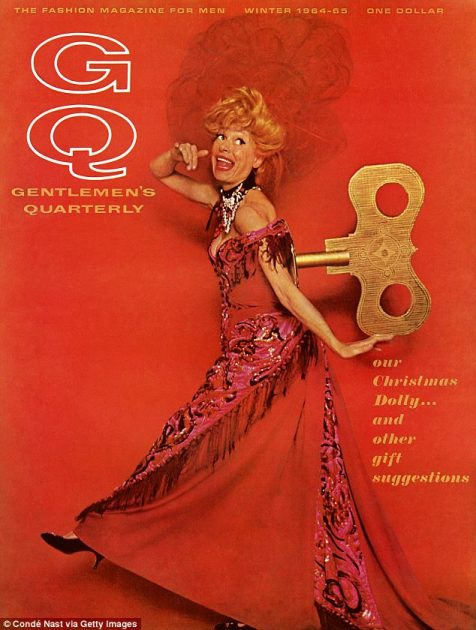 When it first premiered on Broadway in 1964 with Carol Channing in the lead, the production won 10 Tonys and went on to run for seven years.