Contrary to what Trump and his cronies have been saying, Dr. Fauci criticized the government’s work on COVID, saying the United States is ‘not doing great’ as cases surge around the country.

‘America’s Doctor’ also bluntly stated that  ‘if there wasn’t such divisiveness, that we would have a more coordinated approach’ to kill the virus.

Fauci made these comments during an interview with  FiveThirtyEight, reiterating that compared to other countries, ‘I don’t think you can say we’re doing great. I mean, we’re just not.’

‘We live, I mean, you have to be having blindfolds on and covering your ears to think that we don’t live in a very divisive society now, from a political standpoint,’ Fauci admitted, adding ‘We are still knee-deep in the first wave of COVID-19 infections.’ 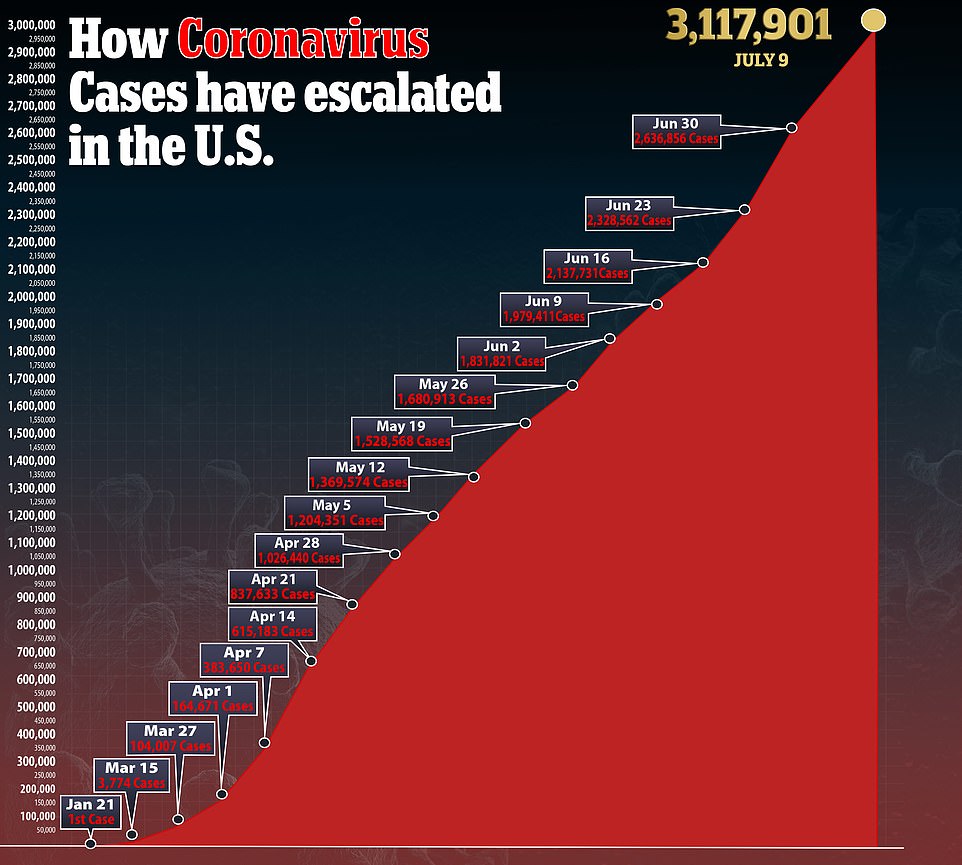 Naturally, the President disagreed with the esteemed doctor’s opinion, complaining that  he thinks ‘we are in a good place,’ before adding, ‘I disagree with him.’

And on Fox Trump doubled down on his criticism of Fauci  that Fauci “is a nice man, but he’s made a lot of mistakes.”